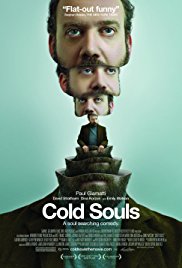 Cold Souls (2009) isn’t liable to inspire a passionate response, but it’s an interesting, well produced metafictional fantasy. Paul Giamatti stars as himself, an actor in the midst of an existential crisis brought on by immersive preparation for a Chekhov play. Desperate for some kind of emotional relief, Giamatti investigates a company that claims to extract and store human souls in order to make day-to-day living more bearable. He’s lured into the procedure by a smooth-talking doctor (David Straithairn), with catastrophic results on his personal life and acting ability. Things only get more frantic when he attempts to have his soul reinstalled.

Your enjoyment of this one probably hinges on two things: how much you appreciate quirky independent film-making, and how much you like Paul Giamatti. In other words, I liked it! That said, I’d only recommend it with reservations. Even as I found it slow and not terribly gripping, I thought it managed its cockamamie fantasy premise with creativity and a subtle sense of humor. The amusement factor is enhanced by the performances of Giamatti and Straithern, as well as an underutilized Lauren Ambrose, who makes her small role funnier than what’s on the page. Even so, there are long, Jarmuschian stretches of moody silence and glimmers of over-seriousness, which lead to a muddled tone. And the plot doesn’t really add up to much. But the journey is uniquely loopy, and I got a kick out of it. 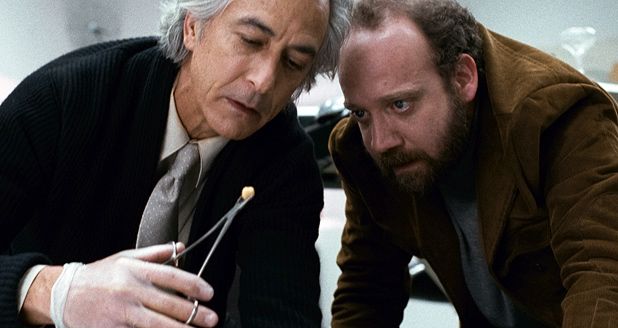