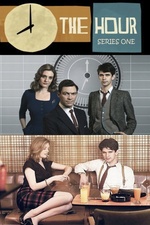 If you were a TV producer who wanted to get my attention, you would succeed spectacularly by pitching your show as “Mad Men meets Rubicon.”  This is exactly how I first heard The Hour (2011) described, and the shoe fits, although I think it brings even more elements to the table.  The six-episode period piece mixes history, romance, drama, and espionage into a compelling blend.

Set in the late 1950s, the series centers on the creation of a new BBC news program called The Hour.  Tapped to produce the show is Bel Rowley (Romola Garai), a woman given a rare opportunity to be the boss in a male-dominated field.  This doesn’t sit well with her friend and colleague Freddy Lyon (Ben Whishaw), who nonetheless comes onboard in a subordinate position. Freddy, an uncompromising, misanthropic journalist, soon has other concerns – namely a mystery surrounding a childhood friend, which leads him down dangerous paths.  The love-hate friendship of Bel and Freddy is strained by The Hour’s host, Hector Madden (The Wire’s Dominic West) — Freddy’s antithesis, a smooth-talking child of wealthy parents.  The resulting love triangle proves contentious, but events conspire to bring the trio together as The Hour‘s coverage of the mounting Suez Crisis in Egypt unites them in the face of government interference of their program.

The Hour is a confidently produced, compelling drama.  Although it drops you into the deep end in the early stages, it grows more accessible as it progresses.  As for the “Mad Men/Rubicon” comparison, I think it’s apt. The jazzy soundtrack and period style definitely conjures Mad Men, while Freddy’s search for the truth — which edges him up against sinister forces in MI6 — recalls the quiet intrigues and menacing conspiracies of Rubicon.  This isn’t to say The Hour is derivative, but I do think those shows serve as useful yardsticks to gauge your interest here.

Garai makes for a winning heroine, while Whishaw — deliberately rather difficult to like at first — proves to be a strong protagonist in his unflinching, almost reckless pursuit of the truth.  The soundly conceived supporting roles are brought to life effectively by West, Anna Chancellor, Anton Lesser, Julian Rhind-Tutt, Oona Chaplin, and others. 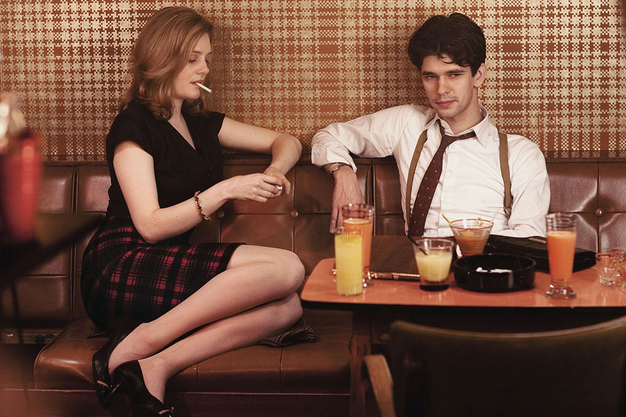