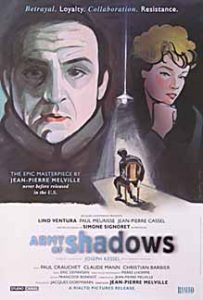 Some spy films offer heightened reality action-adventure, dashing heroes, beautiful femme fatales, and clockwork plots.  Army of Shadows (1969) is not even remotely one of those films.  This lengthy World War II period piece depicting the brutal, cold reality of life in the French Resistance is slow, dreary, and unnerving.  Perhaps moreso than any other film on the list, it conveys the agonizing decisions of being a spy in wartime — long stretches of silent dread punctuated by shocking moments of utter panic.

The film lacks a unifying, propulsive throughline, instead ricocheting from one episode to another, depicting various operations and close calls for members of the Resistance from 1942 to 1943.  The anchor character is Phillipe Gerbier (Lino Ventura), a resourceful, pragmatic officer in the underground who spearheads several operations, ever managing to stay one step ahead of the occupying authorities.  His exploits, and those of his compatriots (including, notably, Jean-Pierre Cassel and Simone Signoret), are hardly the stuff of campy spy fantasy.  Their lives involve plotting and scheming, fear and duty, and much skulking about while casting frequent glances over their  shoulders.  Director Jean-Pierre Melville carefully composes his shots, recreating the period in vivid detail, and music is deployed quite sparingly — to emphasize, perhaps, the silent loneliness and uncertainty the characters frequently endure.  It may be the most unglamorized spy film ever made, delivering an odd, existential suspense.

By and large, this one didn’t thrill me, for all that it’s beautifully made.  It overstays its welcome by a good half an hour; a judicious edit might have helped the pace without sacrificing the film’s mission.  That said, it has a clear mission, and carries it out sure-handedly, with some uniquely compelling aspects.  It requires a high tolerance for slow, deliberate pacing and bleak atmosphere — and it tested mine, to be sure.  But definitely worth watching for those interested in the subject. 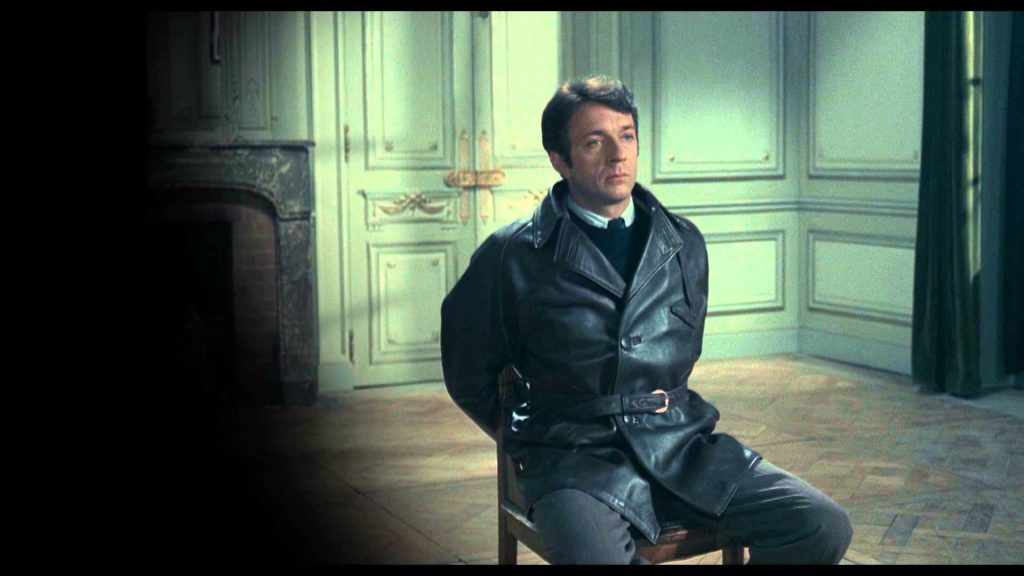