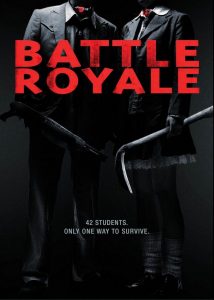 Maybe I went into Battle Royale (2001) with my expectations too high. This notorious Japanese violence-fest has its share of bloody, creative virtues, but ultimately it rang hollow for me. In a totalitarian alternate reality, the reigning regime enacts draconian laws to keep the younger generations in line. As part of this initiative, a busload of students is gassed on a school trip and deposited on a deserted island. There, the children are fixed with explosive neck-collars, armed, and sent out across the island to do battle. Over the course of three days, only one child will be allowed to survive — if at the end of the exercise more than one is still alive, everybody dies.

It’s a dynamite high concept, in its comically sadistic way — Lord of the Flies meets Survivor by way of Sam Peckinpah, perhaps.  It’s jazzed up by the fact that each child is given a random weapon: some powerful, some next-to-worthless. The scenario pits friends against friends, outcasts against cliques, lovelorn kids against the objects of their affection. There’s a certain compelling, gut-level suspense in watching alliances form and disintegrate, seeing what new weapons emerge and who will survive each encounter. Unfortunately, with the exception of anchor characters Shuya (Tatsuya Fujiwara) and Noriko (Aki Maeda), we don’t really get to know most of the huge cast in time to really feel their jeopardy. And the impact is mitigated considerably by the film’s wildly uneven tone: the often gruesome ultra-violence is played for laughs one minute, high drama the next, so that I found myself distrusting my reactions — not certain whether to care about the characters, or just throw in with the ridiculous bloodiness of it all and watch them off each other.  I have a high tolerance for tonal weirdness in the interest of surprise and originality, but in this case I wanted the film to have a more coherent mission, and I just didn’t see one. 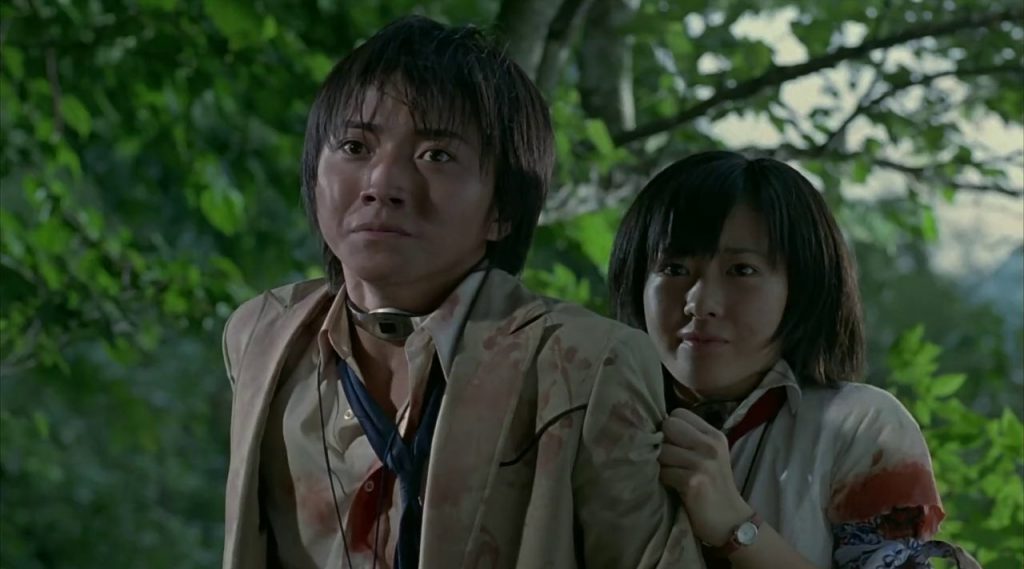 Novel : A Visit from the Goon Squad by Jennifer Egan