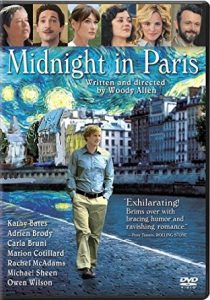 For me, Woody Allen’s work over the past twenty years has been more miss than hit, but Midnight in Paris (2011) is his best in a while, a charming, light romantic comedy with a well handled and amusing fantasy premise. Owen Wilson stands in as this film’s “surrogate Woody” character, Gil Pender, a highly successful Hollywood screenwriter vacationing in Paris with his superficial fiancee Inez (Rachel McAdams). Gil is fed up with his hollow movie work and longs to write a great novel, a desire amplified by his newfound proximity to the rich cultural history of Paris. Inez’ obnoxious friends and judgemental parents drive Gil to wander the streets alone one night, where he stumbles into an old-fashioned cab. The car magically transports him to the 1920s, where he crosses the paths of many of the era’s legendary writers and artists — and the possible love of his life, Adriana (Marion Cotillard).

I didn’t find Midnight in Paris laugh-out-loud funny, but it’s pleasant, clever, and attractive, and Allen does a fine job weaving together the comedy and fantasy elements, leveraging the time travel premise to good effect. Wilson makes for an appealing Allenesque protagonist, thankfully without resorting to mimicry, and the supporting cast is excellent, full of familiar faces. Diverting and fun stuff. 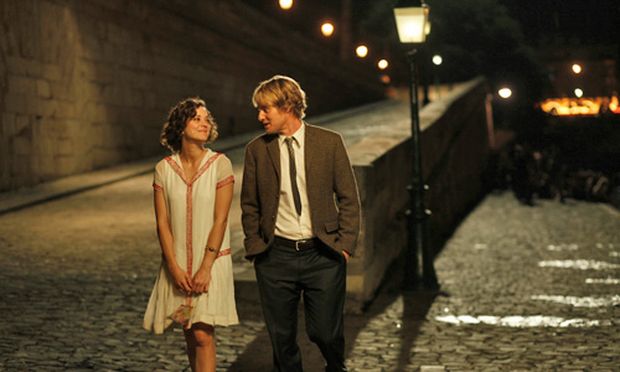