Out on the Town

Jenn and I made a joint resolution to get out of the house more often this year. One reason for this is that we stayed holed up for much of 2011 hoarding our nickels and dimes, and we decided enough was enough! Another reason is that while both of us love Los Angeles, neither of us expects we’ll be able to stay in the area forever, and we felt we needed to take advantage of what the city has to offer while we’re here. It’s been fun so far, and 2012 is flying by at breakneck speed.

One thing we’ve been doing more often is venturing out to new restaurants. Los Angeles has amazing food, and our favorites are so addictive – especially Bun Me, Café Carolina, More Than Waffles – that in the past we’ve tended to favor them. But recently we’ve been exploring other options, checking out new Thai, Japanese, Indian, Vietnamese, and even Himalayan places. So much good food here!

We also want to take in more local events, and last weekend we went down to the David Schall Theater in Hollywood to see a play called Yours, Isabel.  This interesting one-act by Christy Hall is based on a series of letters between a young woman in New Jersey and her fiance’ during World War II.   It’s an interesting look at shifting gender roles and emotional struggles for both women on the home front and men serving overseas during the war.  An impressive production, and the cast – just two people, Heather Chesley and Rick Marcus, each performing multiple roles – was terrific.

Finally, in case you were under a rock, last week was the release of Jenn’s novel Above World! Unfortunately I was sick early in the week and we had to scuttle some release day plans, but on Friday I was able to tag along to Jenn’s book launch/signing at Mysterious Galaxy, an independent bookstore in Redondo Beach. This beautiful new store is a new branch, affiliated with the original in San Diego, and it has an awesome space for author events. A good crowd turned out despite epic holiday weekend traffic, and the event was a rousing success. Plus, Jenn’s books sold out! 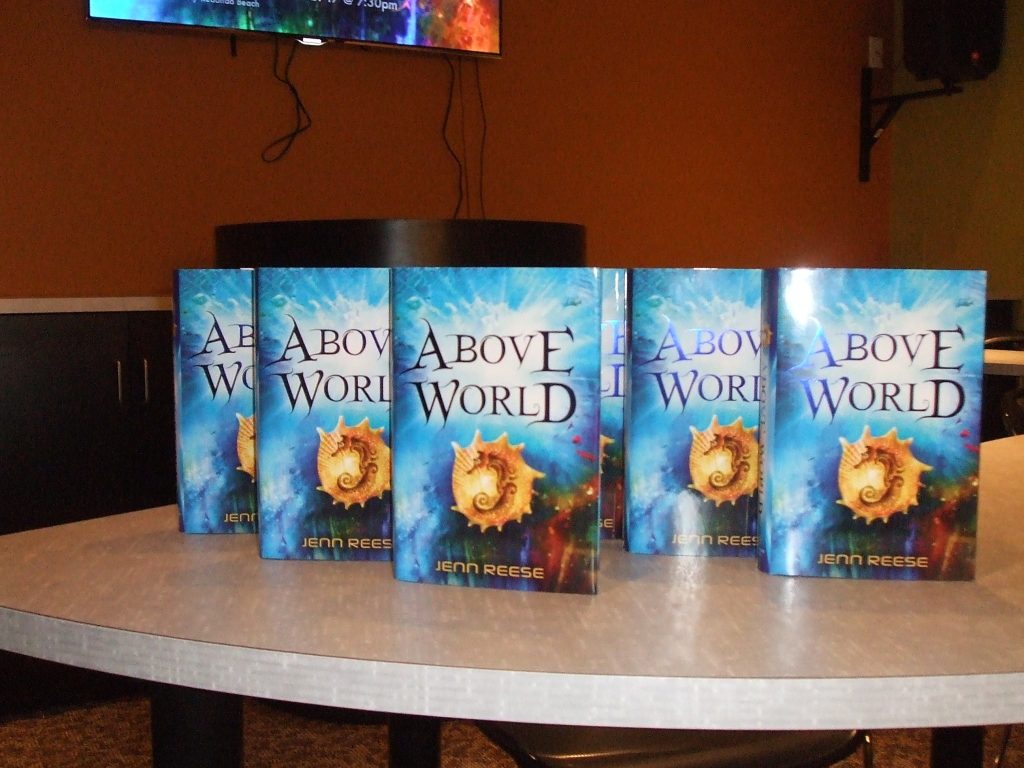 All in all we’re living up to our resolution so far this year. Hopefully I’ll have more “outing reports” in the near future!

No Such Thing as Too Many Notes

Collection: After the Apocalypse by Maureen F. McHugh