Last Friday, to combat the stress of running a few million errands, Jenn and I crammed in a trip to the comic book shop and restocked for the week.  I came out of it with some pretty good finds — but also, sadly, firsthand evidence of the comics industry’s rampant sexism and misogyny.  Come on, people — is this really necessary? 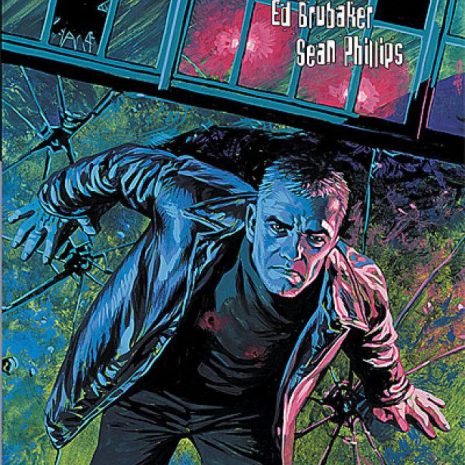 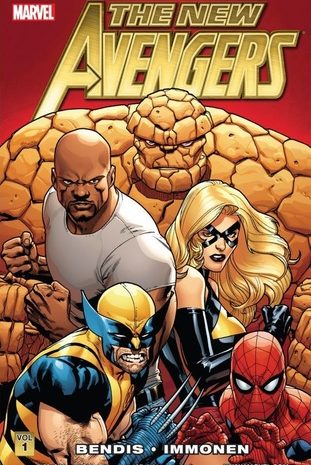 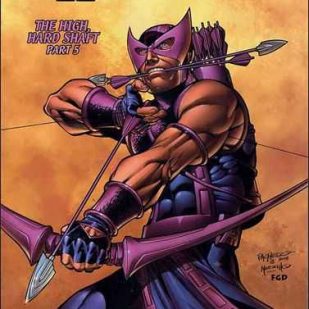 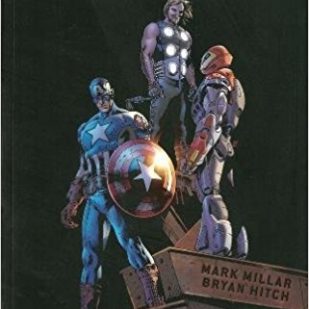 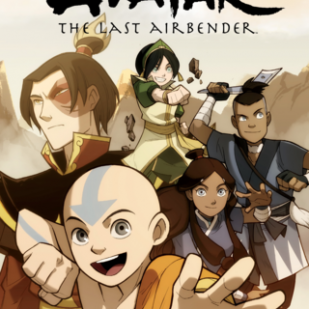 As disappointing as I found the Heroic Age Avengers book I checked out last time, I gave them another shot with the first New Avengers omnibus from Brian Michael Bendis and Stuart Immonen.  With a lineup featuring Luke Cage, Thing, Mockingbird, Wolverine, Ms. Marvel, and Spider-Man — among others — I had high hopes.  But like my earlier experiments here, I found this one kind of muddled and uncompelling.  Maybe I’m just not a Bendis fan, but I think the main problem is that there are just too many bloody characters in these books.  I much prefer team titles to solos, but these have been so confusing that I feel like I need a boxscore just to keep track of the cast.  (And it even seems like the artist got confused, too:  Hawkeye appears in the first issue, mysteriously disappears during an extended fight sequence, and then is “written out” later once they remember he’s there.  What?)  That said, I really liked Stuart Immonen’s pencils and would definitely keep an eye out for his work in other titles.

Speaking of Hawkeye, I grabbed an eight-issue Hawkeye miniseries from 2003, which comprises a six-issue arc called “The High Hard Shaft” and a two-issue adventure called “A Little Murder,” which briefly features Black Widow. There’s some good Hawkeye history in the flashbacks, but the noir Hawkeye-as-PI storylines didn’t do much for me.  I do think this series did a good job of capturing Hawkeye’s cocky sense of humor, but as usual this character isn’t quite as enjoyable without an ensemble to interact with — and really, the stripper-with-a-heart-of-gold and the sexy librarian he meets here just don’t count.  (Sigh…)

On next to the best titles, which contain more of  the unfortunate elements I mentioned earlier.  The thirteen-issue omnibus of The Ultimates is easily the most accomplished and attractive of the Avengers titles I’ve checked out during this recent comics splurge.  It’s an alternate reality reimagining of the Avengers origin, and it’s gritty, edgy stuff, and definitely a huge influence on the Marvel movie universe leading up to Whedon’s film.  Bryan Hitch’s artwork is spectacular, and Mark Millar does tons of interesting lore-bending in this full-on reboot.  Warning, this one does go to some dark places, and revels in the flaws of the characters; the takes on Bruce Banner and Henry Pym are particularly unflattering.  But Cap, Iron Man, Thor, Wasp, and Black Widow are all handled strongly and interestingly.  (Hawkeye is rather humorlessly rendered, alas, and Quicksilver and Scarlet Witch make little more than cameos.)  So on a character and story level, I found it unusually satisfying.  But, argh, the dialogue jars with sexist and misogynist comments.  Jokey insults between the characters are often of the “don’t be such a girl” variety, and many characters — not just Tony Stark — comment sleazily on the female characters’ looks.  Evidently this kind of thing doesn’t bother most comic book readers, but it throws me right out of the story when I see it.  Here it’s particularly unfortunate and disappointing, because it seriously scars what is otherwise one of the most thoroughly satisfying superhero titles I’ve ever read.

Similar issues plague Sleeper from Ed Brubaker and Sean Phillips, an utterly compelling spy-superhero hybrid told in the form of two “seasons.”  The story involves Holden Carver, a man who can’t feel pain and can redirect it at others.  Carver is working undercover in the criminal underworld of a supervillain named Tao, posing as a hero who fell from grace.  But when his control, Lynch,  falls into a coma, Carver is trapped — because nobody else knows of his assignment.  The good guys all think he’s a traitor, while the villains are all suspicious of his heroic past.  This is strongly written stuff, a great premise creatively rendered, combining a larger-than-life superhero world with the intricate plots and shady ethics of the spy genre.  Unfortunately, in order to read and enjoy it, you need to turn off your sexism filter; the only consequential female characters are Carver’s ex-fiancee and his villainous girlfriend Miss Misery, whose main function is to take her clothes off or have sex once every two or three issues.  In the context of a dark, violent, adult comic book I suppose this is par for the course, but it contributes to my sense of this cavalier mistreatment of women in comics being utterly systemic.

Finally, a brief note on an Avatar: The Last Airbender comic, The Promise (Part One), a short comic story that picks up where the original TV series left off.  I enjoyed it, in a very casual, very light way…it does a good job of capturing the artwork style of the show, and while there’s not much to the story, it’s basically well told.  (I could have done without the Aang and Katara boyfriend-girlfriend stuff, though — I’m with Sokka, “oogies!”)