The Binge, It Continues

Winding down these past couple of weeks before leaving for Taos, I’ve been busy critiquing manuscripts and gearing up for the workshop. But between my writing homework and the usual day-jobbery, I’ve managed to continue my enthusiastic binging on comic books and graphic novels. (Flashback to youth: am I reading comic books to avoid my homework?) 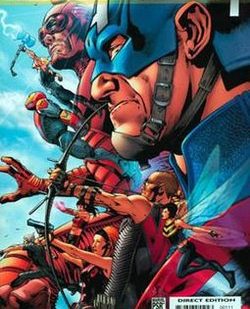 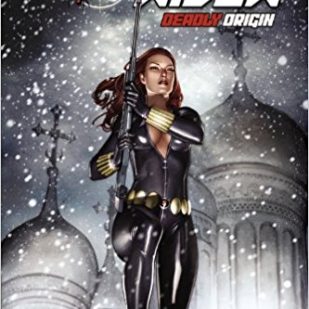 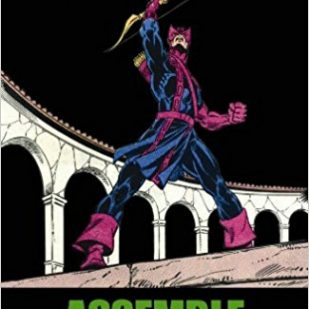 I’ll start in the Marvel Universe, where I’m the most comfortable – even though it’s constantly rebooting and resetting and repurposing its titles, something I’m starting to find annoying. (Side note: they’ve canceled Avengers: Earth’s Mightiest Heroes after two seasons, in order to re-do the team with the movie lineup. Is this really necessary? Bastards!  You got it right!  Why stop?) First up: The Ultimates 2, in which Mark Millar and Bryan Hitch follow up quite impressively on the first book. This “second season” of alternate-reality Avengers stories continues to go to dark, squicky places, and it’s full of neat twists and reimaginings, with a clever, nicely developed plot involving Loki. Hitch’s artwork is, again, stunning. And thankfully, the ugly undertones of misogyny aren’t nearly as glaring here (though not entirely absent either, alas). That said, I’m happy to stop here on The Ultimates, which for all its twisted excellence, does rather make me feel like I need to take a bath afterwards. (I wonder if this title was a motivating factor for the subsequent, more conventional “Heroic Age” relaunch — a return to more colorful, upbeat superhero roots? I wouldn’t be surprised.)

Despite my earlier disappointment with Black Widow titles, I liked the character enough to try out a couple more recently: Deadly Origin and Kiss or Kill. I vastly preferred the former (written by Paul Cornell), which I kind of wish I had read sooner to get a better grasp on the character’s history before jumping into others. But the latter is also a good adventure, if you leave out the rather incoherent Iron Man issue that closes the volume. Nothing mindblowing here, but this character’s solo titles are growing on me.

For nostalgia’s sake, I’ve been revisiting the West Coast Avengers, which launched way back during my collecting hay day. The two introductory WCA collections, West Coast Avengers Assemble and Family Ties, aren’t really all that good, and I don’t recommend them. That said, I love them! I was such a diehard Hawkeye fan, I remember being thrilled when this title launched. Rereading them brings back memories, and it’s interesting to hold this stuff up against more modern fare. The stories are sillier, the art sloppier, but there’s an upbeat likeability to it that I find refreshing. And I have to say, the intrusive “product placement” references and backstory pages are actually kind of nice; back then, they actually made an effort to help you figure out where you were in the continuity of the universe. The original WCA team consisted of Hawkeye, Mockingbird, Iron Man, Wonder Man, and Tigra; not the best lineup, especially with the hard-to-like Tigra in the mix. But lots of screen-time for Hawkeye and Mockingbird, so it’s a decent tradeoff. This one’s probably just for us old school diehards. 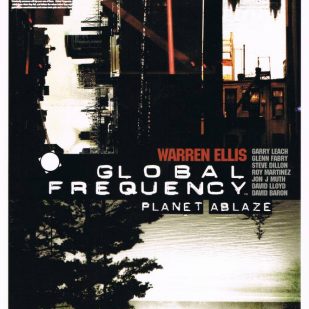 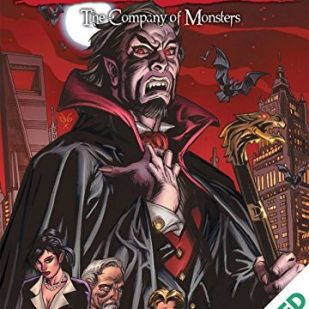 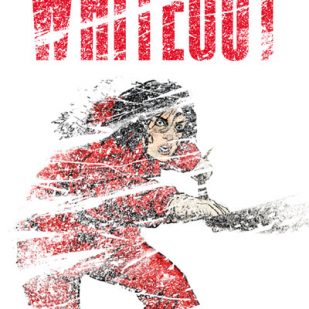 Now, into some newer territory: volume one of Warren Ellis’ Global Frequency, Planet Ablaze. This one’s about an independent, global network of secret agents who work together to handle urgent crises, usually revolving around science fictional or supernatural issues. Elevator pitch: Mission: Impossible meets The X-Files. It’s kind of a great premise, but the execution underwhelmed me; I wanted to love it, but only kinda sorta liked it. Probably won’t read further volumes.

Much more interesting is Dracula: The Company of Monsters, a contemporary vampire series that I normally wouldn’t have touched with a ten-foot pole, except that Daryl Gregory wrote it, and he’s earned the benefit of the doubt in my book. It’s good stuff, a cleverly plotted and engaging mash-up of traditional vampire lore and modern-day corporate intrigue, with terrific art from Scott Godlewski and Damian Couceiro. Worth a look, and it left me anxious to see Gregory work more in this medium.

Finally, I fleshed out my Greg Rucka collection with one of his earlier series: White Out and White Out: Melt, a pair of contemporary adventures set in Antarctica. The first involves a murder mystery, the second a terrorist threat; both feature Marshal Carrie Stetko, who is a classic “Ruckan” kick-ass female protagonist who’s sent in to crack the case and save the day. (Sadly, another great, major character – British agent Lily Sharpe – was written out of the movie version, which makes me glad I didn’t see it. Fuck you, Hollywood!) These are engaging books with great characters and eye-catching black-and-white art from Steve Lieber. Definitely worth grabbing, especially if you’re already a fan of Queen & Country or Stumptown.