Film: The Ides of March 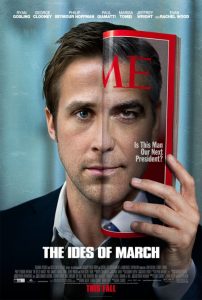 A political drama based on a play, The Ides of March (2011) delivers just about what you would expect from a political drama based on a play.  And that’s probably its biggest flaw:  it’s perfectly well made, but completely unsurprising.  Stephen Meyers (Ryan Gosling) is the up-and-coming deputy campaign manager for presidential candidate Mike Morris (George Clooney), a liberal democrat whom Meyers believes in absolutely.  But Meyers’ idealistic dedication is challenged when rival campaigner Tom Duffy (Paul Giamatti) tries to lure him to the opposition, and away from his mentor Paul Zara (Philip Seymour Hoffman).  Complicating things are problematic intern Molly Stearns (Evan Rachel Wood) and cut-throat journalist Ida Horowicz (Marisa Tomei).  As the primary approaches, circumstances conspire to shake Meyers’ idealism and lure him into darker ethical territory.

The primary reason to watch the film should be obvious from the previous paragraph:  the cast.  It’s a high-powered group, and while nobody stands out, everybody delivers solid work.  But beyond that, there isn’t much to get excited about here.  Dramatically, the film is well structured, but it doesn’t really say anything about the American political arena that anyone paying attention doesn’t already know.  Every turn of the plot, however well disguised, feels flat because it engenders an “of course” reaction.   Perhaps it’s no longer possible for this kind of film to be provacative to a  jaded modern audience.  You could do far worse than to watch it, if only to catch a lot of great actors doing their thing, but for most it will be easily missed. 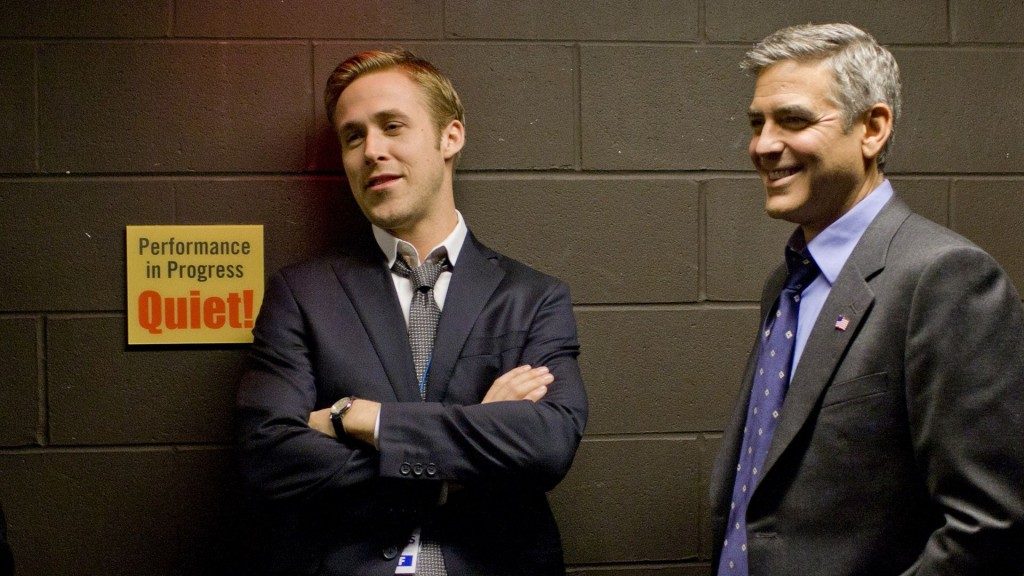 Latest from the Idiot Box