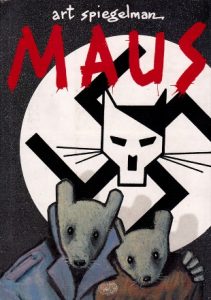 Wow, what an astonishing work this is.  Art Spiegelman’s Maus is dark, clever, tragic, and uncommonly powerful – a two-volume chronicle of one man’s astonishing experiences during the Holocaust.  The story recounts the wartime travails of Spiegelman’s father Vladek, a Polish Jew who survived Auschwitz.  The first volume, My Father Bleeds History, depicts Vladek’s struggle to avoid capture by the Nazis as the Third Reich rises to power.  The second, And Here My Troubles Began, relates his experiences in the concentration camps as the war winds down.

Spiegelman’s playful, simple art style – depicting Jews as mice, Nazis as cats, Poles as pigs, etc. – mitigates the heartbreak and horror of Vladek’s story.   And indeed, Vladek may be the most memorable and well drawn character I’ve ever met in comics; his voice is utterly authentic, his narration gripping.  It makes for a truly singular work, a mix of history, biography, metafiction, and emotional catharsis that utilizes the comics medium in a strikingly unique way.  I found it informative, darkly funny, compelling, and profoundly moving. 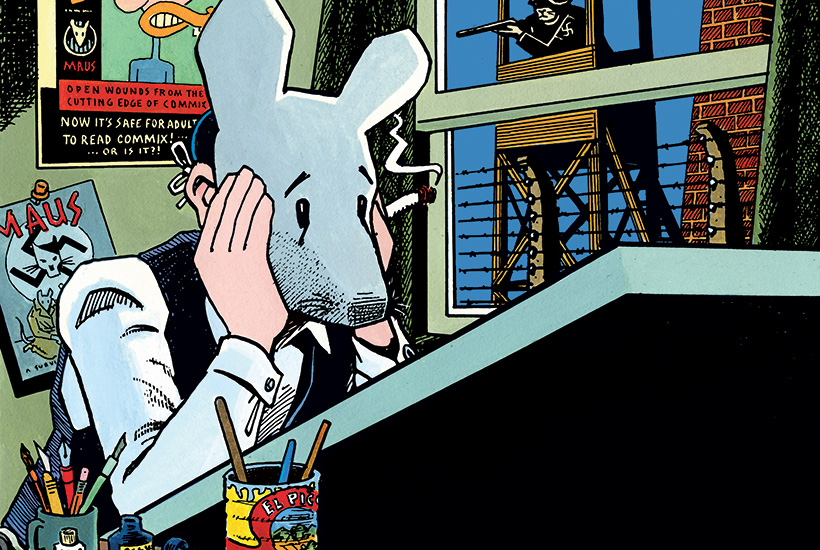