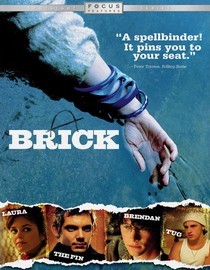 Brick (2005) is one of those movies that’s been sitting around in my “to-watch” queue for a while, and now I feel like a fool for having waited so long.  It’s pretty brilliant:  a high school noir with a unique concept, great characters, a smart mystery plot, and subtly subversive metahumor.  I absolutely loved it.

Brendan (Joseph Gordon-Levitt) is a shaggy teenaged outsider, still pining for his ex-girlfriend (Lost’s Emilie de Ravin), who’s moved on to a new crowd.  His search for her becomes a vendetta when she turns up dead in a drainage ditch.  With the help of his bespectacled right hand Brain (Matt O’Leary), Brendan begins tracking the clues through the cliques and factions of the high school underworld, seeking justice for his lost love.  Along the way he smokes out a local drug dealer, The Pin (Lukas Haas), and crosses paths with femme fatale Laura (Nora Zehetner).

It’s an ingenius concept, perfectly realized.  Writer-director Rian Johnson transforms a mundane California high school into the backdrop for a classic noir mystery where clique leaders serve as criminal kingpins, school authorities are police, and at the center of it, Brendan is the loner hero caught in the switches.  On paper it sounds like a potential tonal clash, as its deadly serious plot and silly subtext collide, but Johnson’s script is extremely clever, his use of language an inventive and poetic mix of crime lingo and relatable teen cliches.  This one is worth going out of your way to see — outstanding. 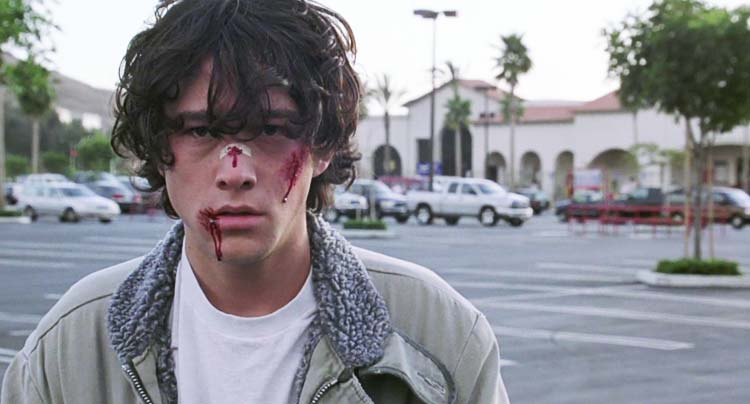