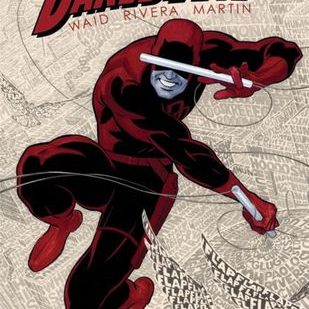 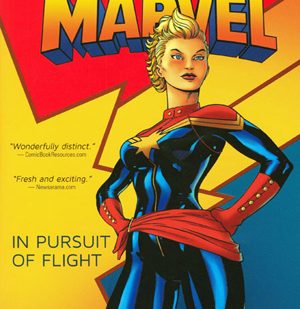 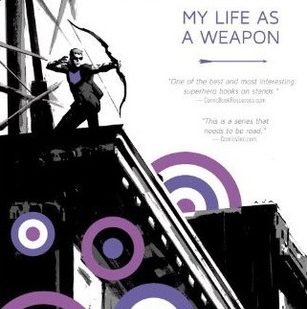 Traditionally I’ve preferred team books, but my confused attempts to re-enter the Avengers continuity have mostly failed lately. I have, however, really enjoyed a handful of Marvel solo titles.  All three are worth following month-to-month: something I haven’t done, until these books, since 1985!

Mark Waid’s run on Daredevil continues to be exceptional, with terrific art, thoroughly engaging writing, and a unique, addictive vibe. It does a particularly impressive job of integrating satisfying episodes into a sustained overall story arc from issue to issue. I’d hardly consider myself an expert, but this strikes me as high water mark storytelling in the genre — it’s certainly one of the best titles I’ve ever read. Highly recommended.

Also quite interesting and enjoyable is the new Captain Marvel series, written by Kelly Sue DeConnick. I haven’t quite fallen in love with the storyline in this young series yet, but it’s just six issues in, the art is superb, and I’m generally fond of this reimagination of Ms. Marvel — who, incidentally, is one of the Avengers rumored to possibly become a player in the movie universe.  I’m keeping up with interest.

Finally, there’s Matt Fraction’s new Hawkeye book, which I’m really enjoying. Hawkeye’s one of those characters who’s always struck me as stronger in an ensemble; many of his previous solo outings have struck me as over-serious. But so far — it’s only three issues in — Fraction has managed to retain Hawkeye’s good-natured snarkiness and sense of humor in the context of entertaining solo adventures. It’s a bit slight so far, but I gather that’s part of an early-run strategy to prevent barrier-to-entry. This book has an appealing sensibility and I’m really looking forward to watching it develop.