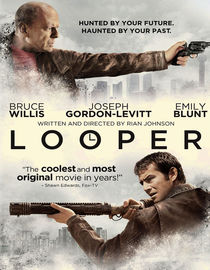 In light of the dopey previews, I was totally prepared to skip Looper (2012) until I saw that Rian Johnson, the writer-director of Brick, was behind it.  I figured in that case it was worth adding to the queue, at least to compare it against the wildly mixed reviews I’d heard.

In a pulp SF near-future Kansas, Joe (Joseph Gordon-Levitt) is a “looper,” a short-sighted hit man who kills people sent back from even farther up the timeline.  (Because it’s so difficult to get rid of bodies in the 2070s, the mafia sends them thirty years back in time for disposal.)  Being a looper is a lucrative business, but there’s a catch:  eventually, the looper is forced to kill his future self to eliminate the evidence, “closing the loop.”  Once that happens, the clock starts ticking on the looper’s thirty-year retirement, and he lives out the rest of his life knowing he will eventually be grabbed up and sent back to himself for execution.

The system clicks along until Joe’s friend and fellow looper Seth (Paul Dano) fails to close his own loop, warning him that a new kingpin in the far future is cleaning house.  Then Joe’s future self (Bruce Willis) returns and manages to avoid execution, going on the run in an attempt to change the future he’s lived through.  Young Joe, knowing what his bosses will do to him, has to go after Old Joe in order to save…and kill…himself.  Which begins an adventure that sends him on a collision course with a young mother named Sara (Emily Blunt), who is raising a child of particular importance to Joe’s, and the world’s, future.

At a glance, Looper is a colorful amalgam of pulp SF tropes, with its lawless ramshackle future, its time travel contortions, its hoverbikes and weird telekinesis mutation subplots.  Of course it’s shined and polished and presented as brand spanking new, but like most Hollywood SF it’s about forty years or so behind the literature.  That’s not really a problem once you’ve swallowed the basic idea  and convoluted set-up.  (Which takes some doing, given the scenario’s very nature.)  Still, it’s fun…for a while.

But ultimately the film is kind of a kludge.  Johnson’s sure-handed grasp of noir helped him sell the genre mash-up of Brick brilliantly, but his grasp of science fiction isn’t nearly as adept.  Once the world-building is explained and Willis arrives, the plot becomes mechanistic science fantasy action, a weird filmic mutation of Philip K. Dick ambience, Stephen King super-powered violence, and rehashed future-altering time travel in the mode of The Terminator or Twelve Monkeys (which did it better).  I think the main problem is an uncertain tone.  Everything’s played straight, but the material feels increasingly silly, and ultimately it’s difficult to take all that seriously.

There are some nice touches here and there.  I liked Jeff Daniels’ shrewd performance as the boss of the loopers.  Gordon-Levitt gamely tries to sell himself as a young Bruce Willis.  The effects are often impressive, and the tidy ending resonates, making up somewhat for some of the weaker, sillier build-up.  But for me its successes were partial and sporadic, and it never quite transcends the subject matter, ultimately feeling borrowed and reheated. 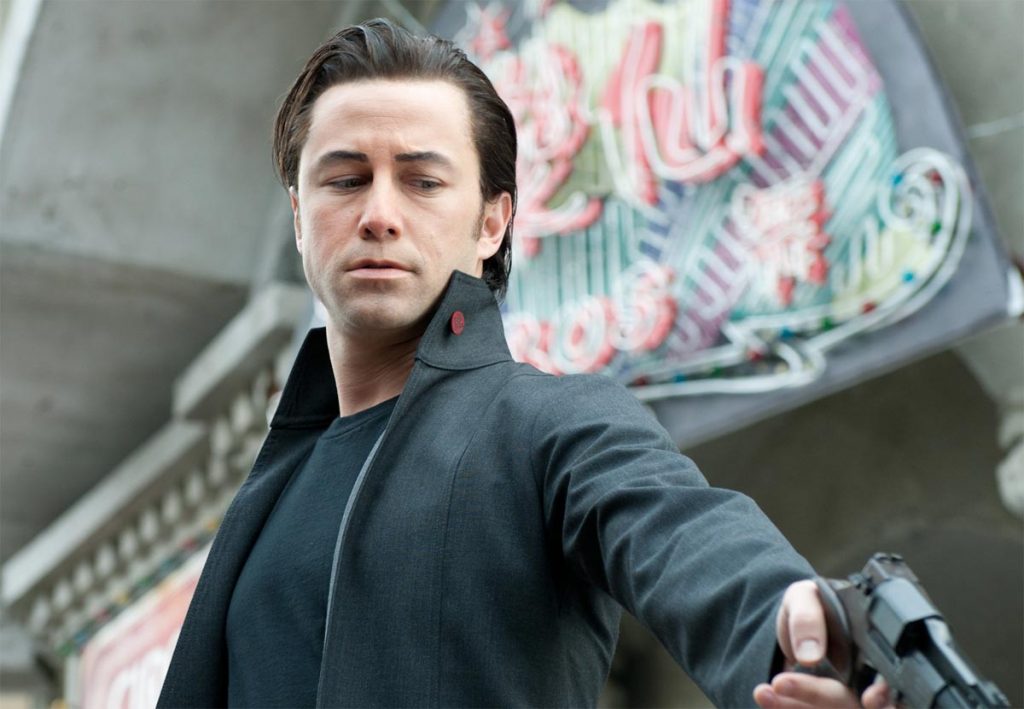 Non-Fiction: Where the West Ends by Michael J. Totten