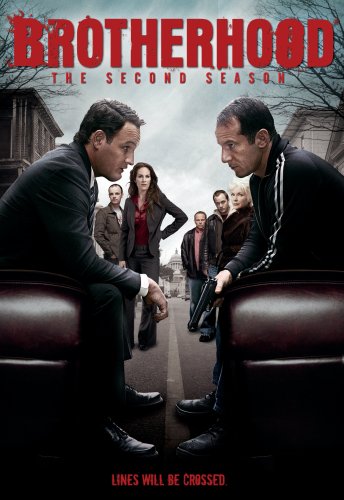 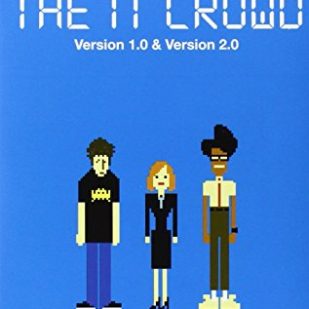 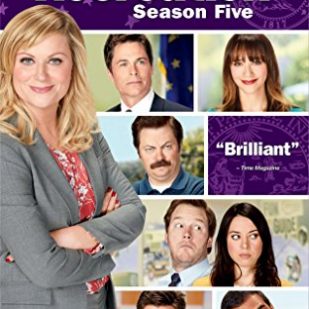 With the conclusion of the Great Condo Disaster (now on its last legs), time to catch up on the TV shows that kept me company – and, more importantly, distracted me – during the crazy-making destruction and reconstruction of our place.

To honor the passing of the late, great TV writer Henry Bromell, I was inspired to move on to season two of Brotherhood. Starring Jason Clarke and Jason Isaacs as brothers in Providence, Rhode Island who work on opposite sides the legal divide in their pursuit of power and wealth, Brotherhood is well crafted stuff, very good without quite reaching great.  Season two reaffirmed my original impression of the show as an understated fusion of The Sopranos and The Wire, driven largely by solid performances from Clarke, Isaacs, Annabeth Gish and Ethan Embry.  I’m not sure I’d call it essential viewing, but I like it.

At my darkest hour, I also rewatched Rubicon (another Bromell-involved show) from start to finish, and I still think it’s a masterpiece. Having originally watched it on a weekly basis, I have to say it holds up even better as a marathon.  (It really finds its voice in episode four.)  It’s an artful, slowly unfolding conspiracy drama with a singular style and great characters.  When I reviewed the first season of the much more successful and popular Homeland, I found it impossible not to compare the two shows, and I stand by my original comparison.  Homeland has a broader appeal and a more satisfying overall plot, perhaps, but I still prefer Rubicon’s slowly building moods, subtle details, creative set design and visual style, and well drawn characters.  The real shame of its cancellation is the end of API: the engaging interplay of its analysts Will, Kale, Miles, Tanya, Grant, Maggie and especially the unforgettable Truxton Spangler.  (Michael Cristopher deserved an Emmy nod for that one.)   The final episode is still a bit of a let-down, marred by a handful of clumsy decisions, but on a rewatch I’m even more convinced its overall exit strategy was deliberate, a dark, messy end contributing to the show’s message. This series remains an all-time favorite for me.

On to lighter fare:  I started watching the British sitcom The IT Crowd.  It’s genuinely funny, if not terribly deep, starring Chris O’Dowd, Richard Ayoade, and Katherine Parkinson as the IT department of a massive corporation.  It’s often hit-or-miss, but at its best it’s infectiously silly and inventive.  Alas, the delivery is a bit broad for my tastes – in some ways, it’s the kind of “Britcom” Ricky Gervais lampoons mercilessly on season two of Extras. But I’m finding it harmless background viewing, and generally get a kick out of it.

More in my wheelhouse is Parks & Recreation, and we just caught up on season five.  Is it possible I like it more ever since Amy Poehler described it as “the comedy Wire?”  Why yes, yes it is; what can I say?  Season five is another strong one, following Leslie Knope’s struggles to balance her parks and recreation work with her new position on the city council, often pitted against standout villain Jeremy Jamm (Jon Glaser).  The ensemble chemistry and quick, smart writing make Parks & Rec a remarkably consistent, and refreshingly upbeat, comedy.  (Except for the Jerry-bashing…I get it, but sheesh!) I thought it was a particularly good season for Poehler, Chris Pratt, and Aubrey Plaza. So glad this show is still hanging around.

So, that’ll do it for the Stress Era. I now pronounce it closed, over, ended. From now on, my viewings will be stressless. Right? Make it so…