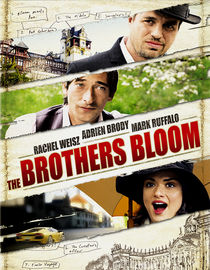 Rian Johnson clearly enjoys toying with genre tropes, and his second film The Brothers Bloom (2008) tackles the con game movie the same way Brick tackles noir: with energy, style, nods and winks. It doesn’t quite match up to that sterling debut, but I enjoyed it.

The brothers of the title are Bloom (Adrien Brody) and Stephen (Mark Ruffalo), a pair of foster children who, ricocheting from home to home, find their calling as con artists at a very young age. They become legends in the thieving world, but Bloom is unhappy: he can only seem to function as a character in one of Stephen’s schemes, and craves the opportunity to live “an unwritten life.” He tries to quit, but Stephen — who believes the best cons give everybody, including the mark, what they want — hatches one last score to set them all up for life.  The mark: a supremely wealthy, desperately bored widow named Penelope (Rachel Weisz). If the game comes off, Stephen will end up rich, Penelope will get an adventure, and Bloom will ride off into the sunset toward an uncertain future. But after a promising start, Stephen’s machinations come up against unexpected obstacles, and the question is raised: where does the con begin and where does it end?

The Brothers Bloom is playful and stylish, and Johnson has a lot of fun with his tropes. The charming opening section had me thinking it was a Wes Anderson movie, but as things accelerate it becomes a more classic con game story with clever meta elements.  It all comes off quite well in the early-going, although the third act does kind of unravel, going several twists and turns too far. It’s in keeping with Bloom’s journey, but ultimately for me the finale doesn’t quite click all the pieces together.

Still, it’s an engaging diversion.  Ruffalo, Weisz, and Rinko Kikuchi — as the brothers’ silent but expressive demolitions expert and “Barney Collier figure” — are all delightful.  Brody is good, but I wish I’d liked his character a little more.  In the end, to me it falls between Johnson’s other movies: not quite as impressive as Brick, but better than Looper. 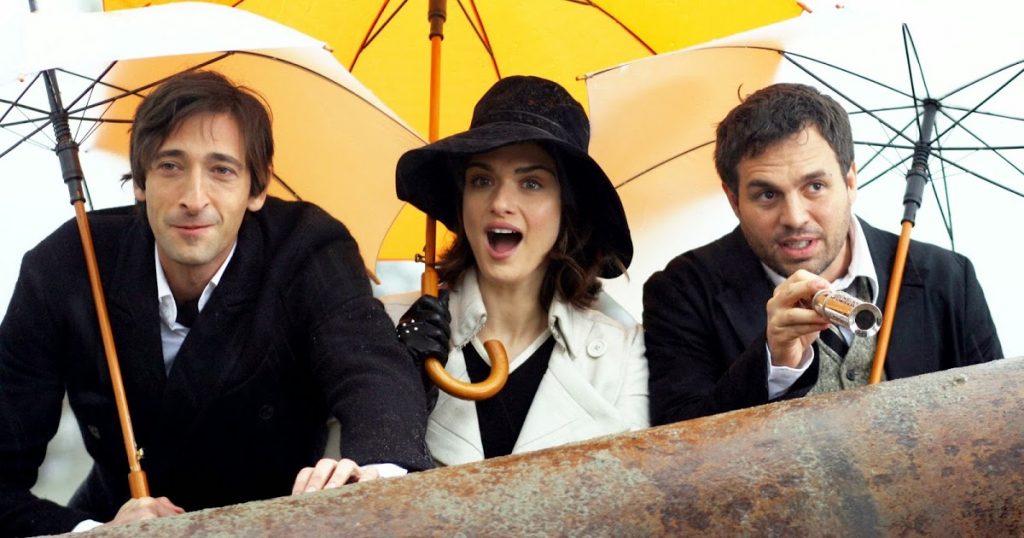