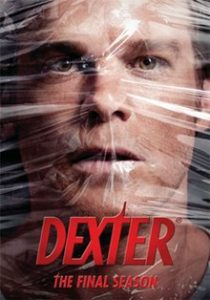 Can the destination ruin the journey? I found myself asking that question frequently during the final season of Dexter, a series that promised great things in its superb early years. Sadly I have a feeling that, like Battlestar Galactica and Lost (both of which captivated me with their early brilliance, but imploded violently upon conclusion), this show may end up in my pop culture remainder bin.

Season seven ends with serial killer Dexter Morgan (Michael C. Hall) and his sister Deb (Jennifer Carpenter) further entangled in Dexter’s long history of ghastly misdeeds. As the final season opens, Deb is struggling mightily to cope with her complicity: fighting grief and addiction, she’s left the force to take a job with private investigator Jake Elway (Sean Patrick Flannery). Meanwhile Dexter keeps working at Miami Metro Homicide, hoping to make things right with Deb, until more baggage from his past turns up. Psychologist Evelyn Vogel (Charlotte Rampling), who initially enters the picture to consult on a case, turns out to be an intrisic part of the Morgans’ past – and Dexter’s in particular.

The Vogel storyline is easily the show’s worst season arc: a ham-fisted attempt to close off Dexter’s “origin story” and, in an awkward, left-handed way, absolve him of responsibility for his very nature. It wastes Rampling, who is saddled with line after line of unconvining psychobabble, and backs away from confronting the ethical issues earlier seasons wrestled with so interestingly. The writers further attempt to redeem Dexter when shifty fugitive Hannah McKay (Yvonne Strahovski) comes back into his life – with a determined federal marshal, Max Clayton (Kenny Johnson), hot on her heels. Can love – for Hannah, for his son, and of course for Deb – save Dexter from the dark deeds of his past? The way the series resolves this question is a massive disappointment; even when Dexter pays a price, there’s really no justice. Dexter’s police colleagues are stuck in subplots that go nowhere, peripheral to the central mystery, and – most disappointingly – are never really forced to confront the monster in their midst . This in particular strikes me as an egregious cop-out. Everything The Shield does right in its final season, Dexter does wrong.

I expected a lot more. Dexter used to be compelling stuff, spinning complicated webs and keeping its characters dancing in suspenseful, thorny situations. In retrospect, maybe it should have been obvious that the formula would be unsustainable. I still think Hall and Carpenter did some tremendous work throughout the run, but I have a hard time imagining, after this unsatisfying ending, that I’ll ever want to revisit it. An unfortunate end to a once-great series. 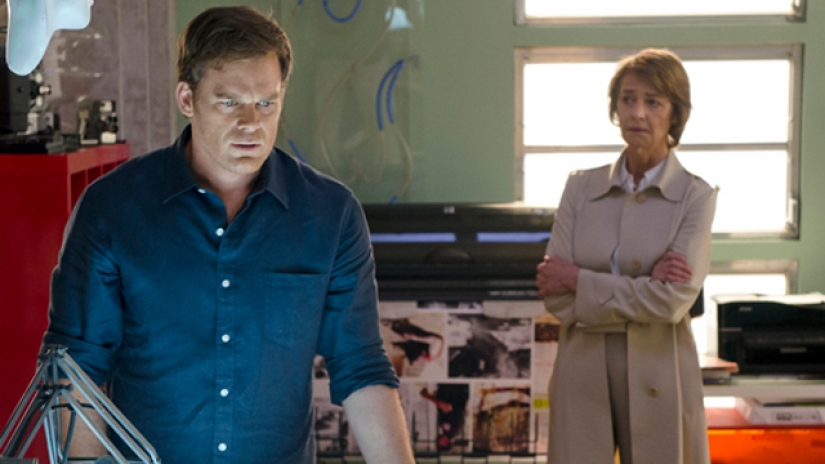