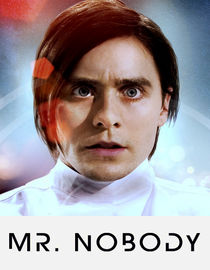 Usually when a science fiction film isn’t on my radar, there’s a good reason for it. But Mr. Nobody (2009) probably deserves a little more attention than it’s received. It’s a mess, but it’s rather an interesting mess.

In 2092, Nemo Nobody (Jared Leto) is the last mortal human in a world where life extension technology has made death obsolete. At 118, he’s on death’s door: a fact that makes him a subject of reality-media scrutiny. When a journalist sneaks into his hospital room for an interview, Nemo – whose memory is spotty, past a mystery – begins to reflect on his earlier days. But there’s a catch: he seems to have more than one history.

At two and a half hours, Mr. Nobody is a rich, visually striking, and ambitious film that uses its SF content as extended metaphor. It’s also rather indulgent and scattered. Nemo’s ruminations ricochet dizzyingly from one possible timeline to the next, as various life choices and decisions create splinter worlds, in each one his fate playing out differently. The alternities tend to focus on his love relationships: there’s volatile Elise (Sarah Polley), quiet fallback Jean (Lihn-Dan Pham), and there’s his one, true love Anna (Diane Kruger). The film builds all three relationships, examining causality, choice, and the random twists and turns of life. These three primary life tracks (and their splinters) make it easier to follow the proceedings, despite the scope of the story. Each female lead is played by three different actresses at different ages, but fortunately the casting is exceptional and the performances impressively match. (Most notable is Juno Temple as the young Anna, whose timeline gets the most weighted attention.)

It’s all fairly coherent, and rather intriguing. But it’s also tonally inconsistent and structurally diffuse. The playful cinematic inventiveness – which reminded me a little of Michel Gondry or Charlie Kaufman, if a bit more self-serious – works well early, but as the proceedings drag on, it loses its allure a bit. One moment it mesmerizes, the next it jars with a crass comic feel; on that score, it calls to mind Cloud Atlas. Belgian writer-director Jaco Van Dormael has both a clear affection for, and an incomplete grasp of, all the vast and varied science fiction tropes he’s wrangling. There’s passion and ambition to burn here, but it’s not one hundred percent convincing.

In the end, I suspect it will enrapture some viewers while boring others to tears. Me, I was on the fence. The film’s reach exceeds its grasp, I think, but there’s also artistry and thought-provoking subject matter on display. It doesn’t quite hit it, but at least it’s shooting for the moon. Interesting stuff. 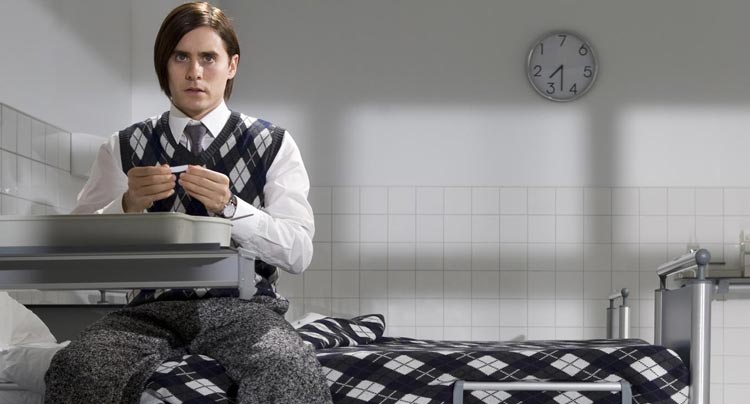