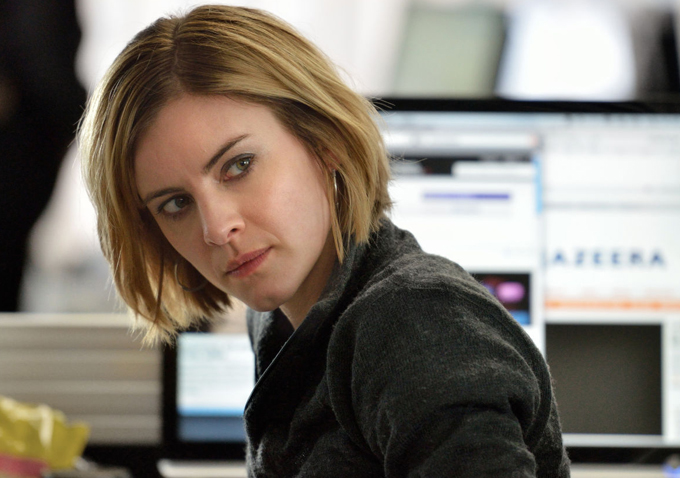 From the producers of the original Millenium trilogy comes Annika Bengtzon – Crime Reporter (2012), a series of Swedish TV movies based on the novels of Liza Marklund.  It lives up to its title, which isn’t saying much, but if you don’t expect too much it’s a pleasant enough series.

Annika Bengtzon (Malin Crépin) is a journalist for Swedish newspaper Kvällspressen, and she’s exactly the kind of reporter a mystery series needs: ambitious, attractive, driven, and fearless. Sidestepping the interference of her more cautious superiors and rivals at the paper, Annika thrusts herself boldly into every story – often at personal risk, and even more frequently at the expense of her family life with  husband Thomas (Richard Ulfsäter) and her two young children.

If the summary sounds generic, it’s because the show is pretty generic: an agreeable and formulaic procedural, with an accessible protagonist who is always one step ahead of both the police and the competition. As compelling characters go, Annika is no Lisbeth Salander, but Crépin is a radiant and likeable actress, making her easy to follow around Sweden – and, in the case of “A Place in the Sun” (one of the more picturesque episodes), Spain and Morocco. Alas, the overall scenario is standard, the supporting characters are bland, and the mysteries aren’t terribly engrossing. If I spoke Swedish, this probably would have been background TV; instead, it’s a low-investment, low-reward series, and made for good decompression viewing whenever my recent Breaking Bad marathon got too intense. It’s worth watching primarily for Crépin, and refreshing for its Scandinavian backdrop, but otherwise it’s perfectly skippable TV.