Film – X-Men: Days of Future Past 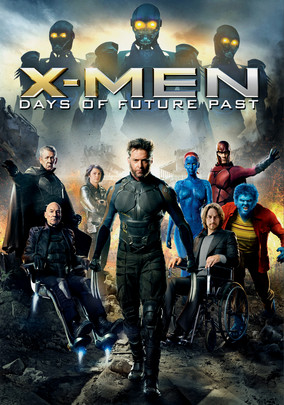 The Xavier-Magneto bromance continues in X-Men: Days of Future Past (2014), Bryan Singer’s second reboot in the franchise. The first, X-Men: First Class – although marred by painfully sexist execution – at least brought a playful sense of fun to its period piece origin story. This sequel is a massive disappointment, misusing its huge, shockingly talented cast on a muddled, time-jumping storyline that shows off nobody to the best advantage. It’s a promising premise with a tantalizing hook: fusing the casts of the two series’ incarnations. But the promise is woefully mismanaged.

The film begins in the future. A war has been raging between the mutants and the Sentinels — ruthless mutant-hunting machines who have rendered the Earth an embattled dystopia that would make even Fringe fans tremble. Mentored by reunited old friends Professor Xavier (Patrick Stewart) and Magneto (Ian McKellen), the mutants are on the verge of extinction – and so, in desperation, they hatch a plot to send an emissary back in time to prevent the war before it even starts. Using the (wait, what?) time travel powers of Kitty Pryde (Ellen Page), they send Wolverine (Hugh Jackman) back to 1973. His mission: prevent wayward mutant Mystique (Jennifer Lawrence) from assassinating the man who pioneered the Sentinels, Dr. Bolivar Trask (Peter Dinklage). Of course he can’t do it alone: he’ll need to convince the younger versions of Xavier and Magneto (James McAvoy and Michael Fassbender) to help him. Which he does, although things go far from according to plan.

So: what works in the film?  Well, there are some impressive visual effects and fight sequences in the future track – as well as an intriguing roster of future X-Men that includes hangers-on from the first franchise (Xavier, Magneto, Wolverine, Kitty Pryde, Storm) and some new ones (Bishop, Warpath, Blink, Sunspot). The actors deliver solid performances when given the material, especially Lawrence, who makes the most of her problematic role as a divisive love interest who destroys the future. And there’s a particularly clever and amusing scene involving a young Quicksilver (Evan Peters), the super-fast mutant who helps the team break Magneto out of the Pentagon.

But that’s where the plaudits end. For all its issues, X-Men: First Class at least engaged me throughout. I found X-Men: Days of Future Past a ponderous affair that misdirected its energy toward the wrong storyline and the wrong characters. We spend the majority of the film in the mid-1970s, following Wolverine as he gathers young Xavier, Magneto, Beast (Nicholas Hoult), and briefly Quicksilver in his quest to prevent Trask’s assassination. This group (comprised of all white men, incidentally) does not remotely feel like the X-Men. There’s no teamwork and little camaraderie amongst them, and none of them shine; Beast, a personal favorite for me, is deployed in particularly disappointing fashion. No, this thread is largely about Xavier’s man-pain, and his rivalry with Magneto. You wouldn’t know that they’re trying to save the future; they’re too busy posturing and hurting each other’s feelings. Mystique, meanwhile, is an unfortunate tool of the plot, whose one redeeming moment is bestowed upon her by Xavier. Yes, the sexism of the first film is alive and well here in the 1970s track – both onscreen, and behind the scenes. (I did not learn this until afterward, but in the comic version it’s Kitty Pryde who travels back in time, not Wolverine. No offense to Hugh Jackman, but how much more interesting and different is this film with Ellen Page in the lead?) Finally, this primary storyline lacks artistry and excitement. The fight scenes are muddy and truncated. The costumes and makeup are slapdash.There’s little momentum to the proceedings, despite the ticking clock. And oh, the time travel mechanics? They make no sense.

That diverse, cooperating, badass team in the future track? I want to see that movie. But they exist primarily as a threatened abstraction, leveraged for pathos, something for the white male heroes to save. They also felt, strangely, like a thrown bone for critics of the first film’s gender and racial politics: look at all these kickass women and people of color!  Except, you know, that they’re not given dialogue, or depth, or agency. Did I mention that Halle Berry was in this movie? You almost wouldn’t know it; I can’t even recall if Storm had any lines.

I’ve always felt one step removed from the X-Men franchise: it’s often engaged, without enthralling, and it’s never gotten its hooks into me the way other Marvel properties (The Avengers and Captain America: The Winter Soldier in particular) have. But X-Men: Days of Future Past marks the first time I’ve ever felt pushed away from the franchise. In light of the rich roster of characters it draws from, and the great actors it gets to play them all, I find it rather astonishing to come away so roundly disappointed.