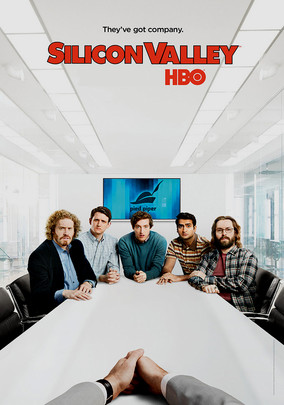 Mike Judge, the mind behind Beavis and Butthead and Office Space, does have a unique comic sensibility. Based on that and a promising cast, I gave his new HBO series Silicon Valley a try, and it’s a pretty funny show. Unfortunately it’s also casually, appallingly sexist.

It’s about a group of tech industry nerds in Silicon Valley who live together in an “incubator” funded by blowhard Erlich (T.J. Miller). Also in the group: cranky coders Dinesh (Kumail Nanjiani) and Gilfoyle (Martin Starr), and nerdy genius Richard (Thomas Middleditch). Richard makes a stir when his music app Pied Piper turns out to have an  impressive lossless compression algorithm. His boss at tech giant Hooli, Gavin Belson (Matt Ross), sees the applications and tries to buy the app at a lowball price, but Richard – encouraged by Erlich – decides to forego the buyout and start his own company. It’s a much riskier venture, but with eccentric venture capitalist Peter Gregory (Christopher Evan Welch) in his corner, the team goes to work trying to turn their start-up into a monolith – not knowing that they’re going head-to-head with the villainous Hooli.

It’s a promising set-up, and although the scripts are uneven, at times the show is genuinely, hilariously funny. The performances in particular elevate the material. The contentious banter between Starr and Nanjiani (whose “customer service guy” routine on Portlandia is often a highlight) is consistenly funny. Welch, who tragically died during production, turns in a quintessential Judgeian supporting weirdo, and the suddenly ubiquitous Zach Woods has a great turn as the group’s enthusiastic, nice guy business manager.

But good grief, the show’s sexual politics are horrific. Women are virtually nonexistent on Silicon Valley. The only major female character is Peter’s assistant Monica, played by the attractive and capable Amanda Crew. Unfortunately she spends many of her scenes trying to get in a word edgewise, is given little personality, and exists primarily as an unlikely love interest for Richard. Aside from Monica, there are maybe three other named female characters in the eight-episode season, and none of them exists beyond the context of the main characters’ awkward lust toward them. The racial politics aren’t much better: the show goes for stereotype laughs at the expense of Hispanics and Asians, and black people barely exist at all.

It’s really unfortunate, because the show leverages its setting and tech-specific humor pretty well, and I wanted to stick around for the cast, especially Nanjiani, Welch, and Woods. In the end, I made it through the season mostly just to compliment the players, but I can’t really condone it otherwise. Disappointing.