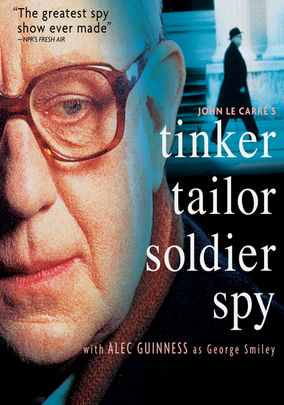 I have watched this miniseries so many times, and love it so much, that I doubt I can review it objectively. After all, when asked for my favorite novel of all time, it’s always John le Carré’s Tinker Tailor Soldier Spy that leaps first to my lips. This six-episode adaptation is a worthy and gripping one, anchored by Alec Guinness’s exquisite, definitive performance as George Smiley – the anti-Bond, and one of spy fiction’s seminal characters. In the end, much as I enjoyed the more polished 2011 film adaptation, I think I prefer this earlier intrepretation of the novel; it still has the magic.

A botched British intelligence operation in Czechoslovakia ends up with one agent, Jim Prideaux (Ian Bannen), shot in the back. It’s a disaster for “the Circus,” and the operation’s mastermind, Control (Alexander Knox), is tossed out, along with his right-hand man: George Smiley (Alec Guinness). Eighteen months later, however, information comes to light that the Czech operation TESTIFY may have fallen apart due to a Russian deep cover penetration of the Circus. Yes, there’s a high-level mole in British intelligence, and it’s up to Smiley – along with Circus hanger-on Peter Guillam (Michael Jayston) and a tiny handful of outsiders – to identify and expose the traitor.

When I attempt to remove my blinders, I can identify some deficiencies in the series. The pacing, particularly in the first two episodes, is stagey and slow. With its grainy filmstocks, gray scenery, and static cinematography, it’s not exactly television’s most attractive production. And some of the performances – particularly Hywel Bennett’s somewhat over-the-top Riki Tarr – don’t quite rise to Guinness’s standard.

In light of that, would I change anything? Probably not. There’s something about this story that just resonates with me. If this version doesn’t live up to the novel, it has so strongly informed my reads and re-reads of it that I find it almost equally magical. Oh, it’s got the hugger-mugger and the tradecraft and the quiet tension and intriguing office politics that always rope me into spy fiction, but here I think it’s Smiley himself that I find riveting – his droopy, inscrutable expressions, his rigorous analytical mind, his patience and cleverness in the face of a staggeringly disappointing and frustrating life. Given so much time and space, Guinness – with his subtle expressions and precise diction – makes for a peculiarly compelling hero to rally around. He’s a logical, well-meaning, outwardly unremarkable man who’s been unjustly discarded by a corrupt and broken institution, and he’s given a chance to save it and redeem himself. His methodical triumph is, for him, practically joyless – he’s too intelligent not to rate it as anything more than a tragic victory. Yet he’s so decent and admirable, it leaves me inwardly cheering his efforts, every time.

I definitely wouldn’t recommend this adaptation as a gateway drug for le Carré’s classic story, but I do consider it absolutely essential for the already converted. And boy, does it rewards multiple viewings. With its slow-building intrigues, subtle reveals, and dense tangle of personalities, Anthony Hopcraft’s script is as shifty and elusive as its deceptive characters – spellings things out, but elliptically, in a thick, jargon-filled vernacular that requires rapt attention. Smiley crisply fills in the blanks from time to time, but the subtleties of the script are full of quiet Easter eggs for the fully initiated, making each re-watch that much more revealing. And what memorable scenes and setpieces it has: Prideaux’s doomed Czech mission, Guillam’s Circus thievery and interrogation, Smiley’s escalating interviews with suspects and people of interest, culminating in his masterful conversation with Toby Esterhase (Bernard Hepton). It’s all done with such patience and panache, and with a love of the distinct language of its world. I totally understand folks who don’t get absorbed by this kind of thing, but I find it brilliant, and I’m so, so glad it exists. 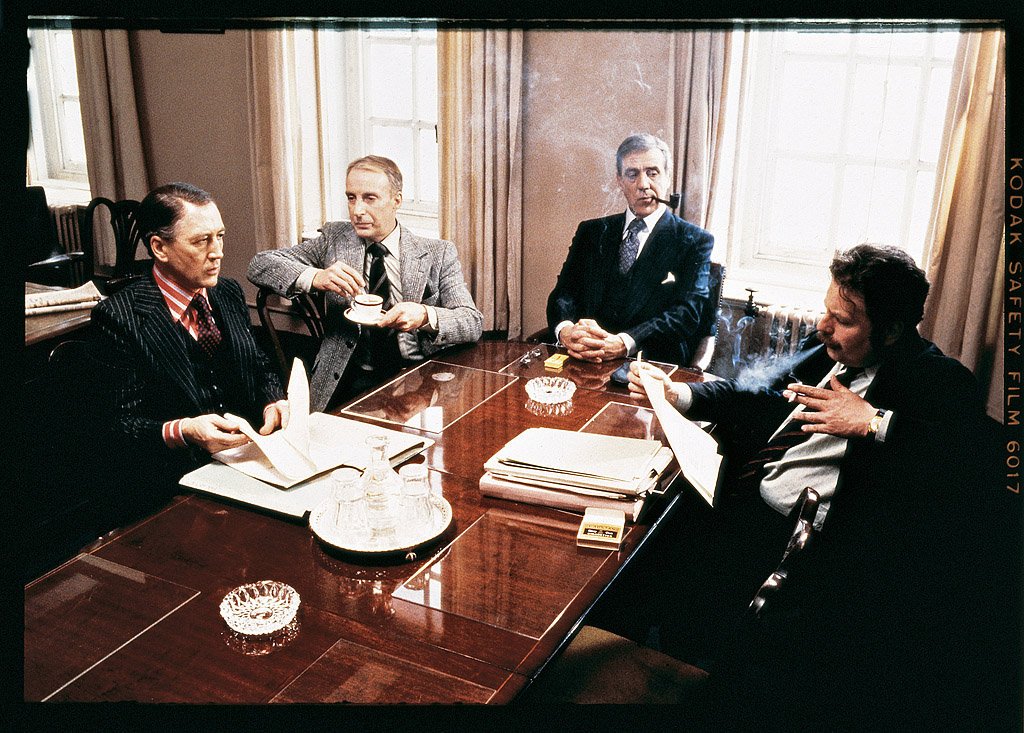