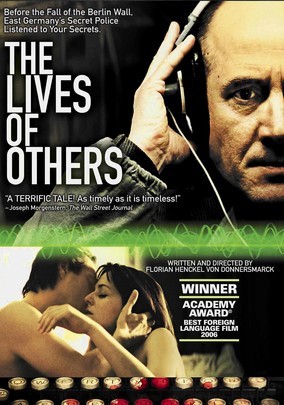 In my view, the quietly devastating The Lives of Others (2006) is right up there with other classic films investigating the emotional perils of surveillance and voyeurism: The Conversation and Rear Window come immediately to mind. Indeed this may be one of the Spy 100 list’s most powerful entries, underrated even at #9.

In early eighties East Germany, secret policeman Captain Wiesler (Ulrich Mühe) is given a simple assignment: investigate squeaky clean, party-approved writer Georg Dreyman (Sebastian Koch). A party idealist to the core, Wiesler dutifully sets about his task, establishing a listening post in the attic of Dreyman’s building. But his job, rather straightforward on the surface, turns out to be a more complicated tangle: a personal vendetta involving a politically powerful rival for the affections of Dreyman’s girlfriend, actress Christa-Maria Sieland (Martina Gedeck). This kind of abuse of power isn’t part of Wiesler’s job description, but then neither is his slowly mounting empathy for the artists he’s been tasked with destroying – an unexpected development that leads him to subtly start pulling strings to manipulate their fate.

Impeccably produced, The Lives of Others is a moving, intense examination of life in a corrupt, communist surveillance state. Its bleak depiction of the stultifying day-to-day conditions of life during that time is truly eye-opening. But it’s also a heartbreakingly beautiful film, full of emotional power, thanks to outstanding performances in the key roles. Koch and Gedeck are superb, selling the troubled central relationship convincingly, but it’s Mühe who breaks my heart in this one. His subtle, gradual transformation – from stern, unquestioning agent of the state, to a quietly empathetic guardian angel for the artists whose love he vicariously lives through – is the core of a perfectly structured story. It all culminates in a wrenchingly beautiful final moment. A sad, quiet, slow-building masterpiece. 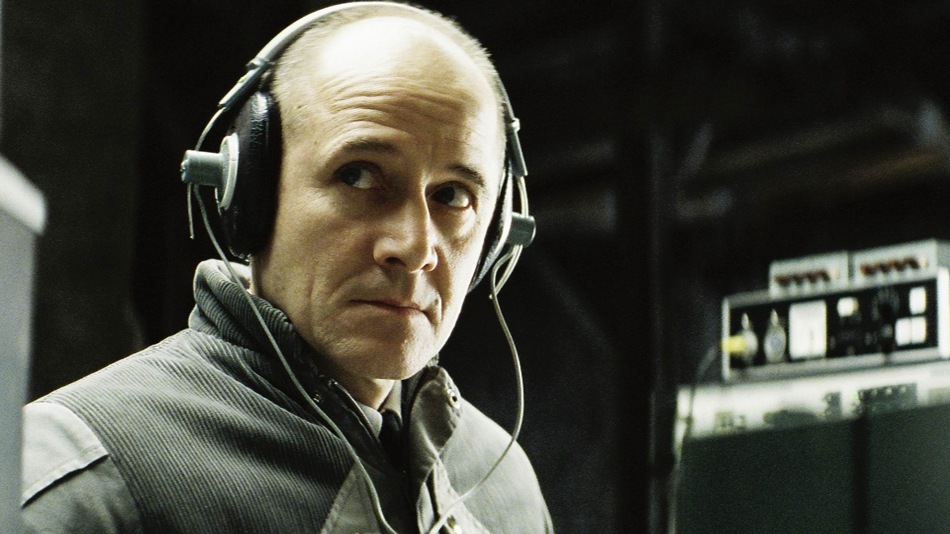 Collection: Emerald City and Other Stories by Jennifer Egan