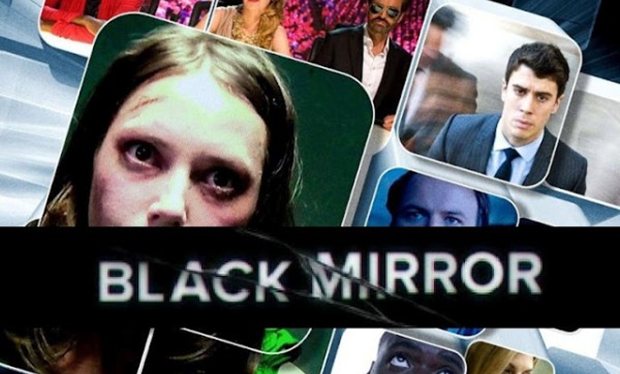 There are shows that justify the buzz they’ve generated, and Black Mirror is one of them. This very polished, very bleak British series resurrects that extinct beast, the anthology show, fusing near-future speculation, Twilight Zone twists, and scathing social commentary into something that edges on brilliance. It’s both beautifully rendered and difficult to watch, and there’s no other show like it.

The show’s mission, outside of pure eye-widening entertainment, is both cautionary and critical: a combination of “if-this-goes-on” warning and scathing reflection on modern civilization’s undeniable ugliness, as it pertains to our wired, technology-warped world. Unfortunately that mission gives the series an undercurrent of technophobia, but it’s an understandable one given the material, which is unquestionably relevant and highly thought-provoking.

Nowhere is this mission more evident than in the jaw-dropping blacker-than-black comedy of the season one opener, “The National Anthem,” a dazzling and discomfiting tale of social media wielded as a terrorist weapon against the British government. When a royal princess is kidnapped, the British Prime Minister (Rory Kinnear) receives an outlandish and horrifying ransom demand: in order to free the princess, the P.M. must…well, let’s not ruin the disgusting surprise. Ricocheting wildly through viewpoints, this one leverages its outrageous premise to darkly humorous effect before pulling the rug out to ram its brutal point home. It’s followed up by “15 Million Merits,” a brilliant display of visual story-telling with a subtly building, what-the-hell-is-happening opening. This one was well on its way to being one of my favorite episodes of TV ever made before it stepped on its own magic, but as an allegory for the gamification of modern life, it’s still moving and powerful, anchored by winning performances from its star-crossed lovers (David Kaluuya and Jessica Brown Findlay). Season one ends with the outstandingly executed “The Entire History of You,” which posits a future in which everyone is implanted with recording devices that enable them to record and rewatch every moment of their lives – and how this technology shatters a relationship, powerfully performed by Toby Kebbell and Jodie Whittaker. It’s a brilliantly executed cautionary examination of its sfnal premise.

Season two opens with the series’ most emotionally satisfying episode to date, “Be Right Back,” which stars Hayley Atwell as Martha, a woman who loses her husband Ash (Domhnall Gleeson) to a tragic accident – then reluctantly uses technology to bring him back to life. Heartfelt, chilling, and beautifully done, “Be Right Back” doesn’t quite stick its landing, but the build-up is wonderfully done and the story still resonates. From there it’s a left-turn into brutal science fiction horror in “White Bear.” A woman named Victoria (Lenora Crichlow) awakens with no memory and stumbles out into a mysterious world where creepy, indifferent citizens watch – smartphones recording – as she’s pursued by masked, violent killers. Soon she hooks up with a young woman named Jem (Tuppence Middleton), who explicates her predicament…but that’s just the first of many levels to this batshit crazy scenario. It’s a terrifying episode that adds layer after layer, and while its infodumpy explanations almost lost me, the credit sequence outro pulled me right back and left just the right, twisted taste behind. Season two wraps with “The Waldo Moment,” about a frustrated comedian (Daniel Rigby) whose gig improvising the actions of an animated blue dog named Waldo take an unexpected turn into politics. While this one struck me as inelegant compared to other episodes, it’s still a wholly engaging hour full of angry insight into the posturing theatrics of the political process.

Black Mirror may be too relentlessly grim for some viewers. The episodes don’t always realize their early potential. But it’s still a marvelous series of science fiction tinged by contemporary horror: powerfully produced, full of great performances, that examines its robust science fictional premises with uncommon ambition and verve. All six episodes are streaming on Netflix, so block out a weekend for them; highly, highly recommended, and I can’t wait for the next season.

Collection: Sergeant Chip and Other Novellas by Bradley Denton