One of the year’s most poorly marketed films, Edge of Tomorrow (2014) is exactly what you’ve heard it is: a mashup of Groundhog Day, Starship Troopers and Independence Day. It’s better than its elevator pitch, more clever and entertaining than I was expecting, but unfortunately it falls short of ingenious – which I believe was its aim – thanks to a muddy, fumbled finale.

As the film opens a war rages between highly advanced, terrifying alien invaders called Mimics and a coalition of human defense forces. The aliens have conquered most of the European continent, but the humans have found hope: a recent victory in Verdun, led by heroic Sgt. Rita Vrataski (Emily Blunt), has convinced them that a full-scale invasion of the continent could produce ultimate victory.

Major William Cage (Tom Cruise) is a charismatic public affairs man for the army who uses his spin-doctoring skills to sell the war effort. On the eve of the invasion, he’s assigned by vindictive General Brigham (Brendan Gleeson) to cover the battle from the front lines. When Cage attempts to duck out, he’s arrested, demoted, and assigned to Squad J for full combat duty. Predictably, his first mission goes horribly wrong, and he’s killed in action just minutes after landing in France. But then he wakes up, back in time, the day before the mission: and is forced to join the assault all over again. And again. And again.

The writers and director Doug Liman wring a nifty, time-warpy plot out of the high concept SF action scenario, as Cage is put through the torturous paces of a grizzly war, over and over again. Cruise’s bigger-than-life smarm works to the story’s favor, as the endless life-death loop churns out dark laughter at the actor’s expense. But Cruise is, in fact, genuinely likeable in this one. As Cage repeatedly negotiates the violent, video-gamey scenario, the horrors of war wipe the smirk off his face, and he gains confidence as his knowledge of the future propels him ever closer to salvation. Blunt’s Rita Vrataski is charismatically badass, and Liman executes the proceedings with aplomb and efficiency.

Alas, it all unravels late in the game – pun intended. The sequence to confront the Final Boss descends into the kind of murky action spectacle that Big Hollywood frequently inflicts on its final acts. And the film resolves with a final moment that feels rigorously screen-tested, and makes no real sense. So yeah, Edge of Tomorrow pulls a hamstring in the home stretch, but until then it circles the track in exciting, and surprisingly fun, fashion. 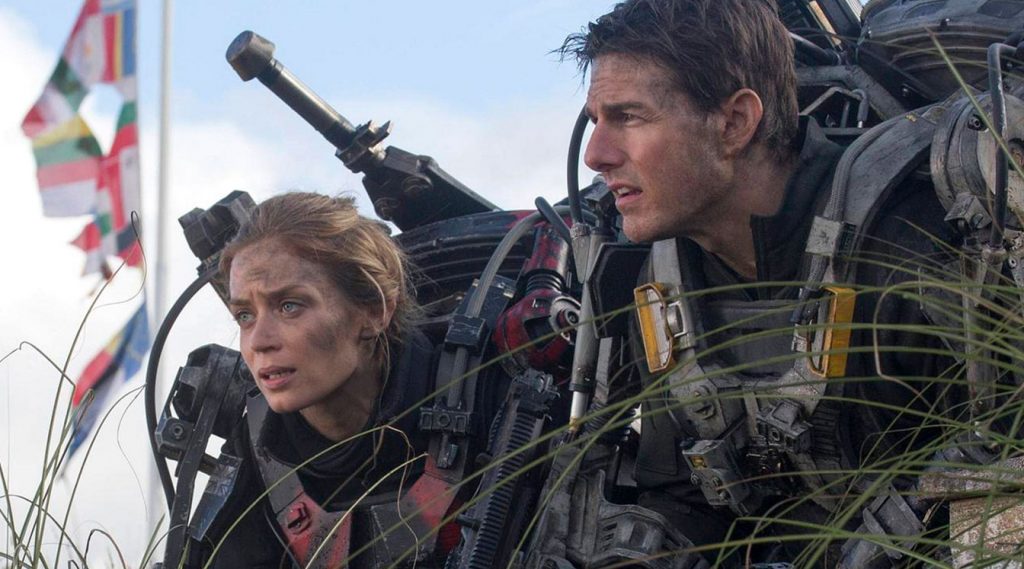