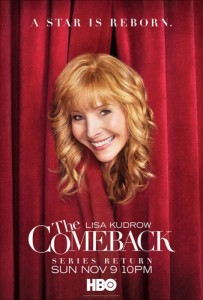 The unlikely revival of The Comeback, which just concluded a nine-episode second season, probably slipped under the radar of most viewers. But I suspect it will receive a nice critical bump come Emmy time, when Lisa Kudrow’s inevitable nomination – and probable victory? – is sure to put it back on the map.

Almost a full decade after its first season, this one returns us to the excruciating Hollywood life of Valerie Cherish (Lisa Kudrow). A former sitcom A-lister, Valerie attempted in that season to resurrect her floundering career by submitting her life to the indignities of reality TV, a chronicle of her comeback attempt on a new sitcom called Room and Bored. It’s formative mockumentary TV, “found footage” cringe comedy that serves as an incisive, brutal critique of the entertainment industry. I found it a slow and awkward watch, but well worth it for Kudrow’s immersive performance and a cumulative dramatic effect that culminates in an unexpectedly powerful ending.

Valerie’s desperate striving in season one ended catastrophically, skewering Hollywood at its protagonist’s expense. But what became of Valerie in the aftermath? The long passage of time between the two seasons lends some intrigue to the interim years, and the show uses this mystery to give the story weight. Valerie opens the season an actor on the skids, her post-Room and Bored career a pathetic trickle of student films and infomercials. A second, shoestring season of reality TV seems a desperate throw indeed, and one that fills her supportive businessman husband Mark (Damian Young) with dread. But when Valerie learns that her old nemesis Paulie G (Lance Barber) has written a new series, fictionalizing his experience writing for Room and Bored – and that his script savages its Valerie character – the presence of a film crew has an accidental payoff when she storms the studio to protest the production. Instead, she’s welcomed by the casting director and invited to cold-read for a fictionalized version of herself. She nails the audition, and suddenly she’s back in the game, cast opposite Seth Rogen in a prestige HBO miniseries called Seeing Red. But at what cost?

Like the first season, the second taps ruthlessly into the damaged psychology of an image-mad celebrity, desperate for recognition. It’s also a creeping, cumulative slow-build that patiently executes a long, uncomfortable story arc over the course of the season. And of course, there are once again just levels of meta going on. But where season two differs is in its endgame. The second year is less interested in its milieu than in its characters, and for all the similar furniture, it tells a diferent kind of story.

Valerie’s decision to wallow in her own dark past, and torture herself by working with Paulie G again, is a reckless, self-destructive act, a blinkered quest for glory that threatens to derail her entire life. And it more or less does, as the season bubbles along, very much the slow-motion car wreck I was expecting. But through it all there’s Valerie’s best friend Mickey (Robert Michael Morris), always cheerfully at her side. The relationship between Valerie and Mickey, on some level, is a match made in Hollywood stereotypes: vapid celebrity and effeminate gay hairstylist, inseparable, played for broad laughs. But the season two storyline leverages this quirky friendship brilliantly, and Valerie’s love for Mickey, as well as for her husband, ultimately redeems her – and redeems The Comeback’s reputation for profound bleakness. The end result is an unsual beast: again, a cringe-inducing, occasionally tedious watch that thrusts the viewer into constantly uncomfortable spaces. But it rewards the viewer’s patience with a surprisingly emotional, uplifting ending. And through it all, Kudrow is a marvel, utterly immersed in her upbeat, air-heady persona that periodically cracks under the strain, all the submerged stress erupting volcano-like when she reaches her limit. Her audition in the first episode, and her climactic decisions in the final one, contribute to an amazing sustained performance that is sure to be recognized. The Comeback not only delivers on what it promises, but more that you don’t expect. Impressive, surprisingly thought-provoking stuff. 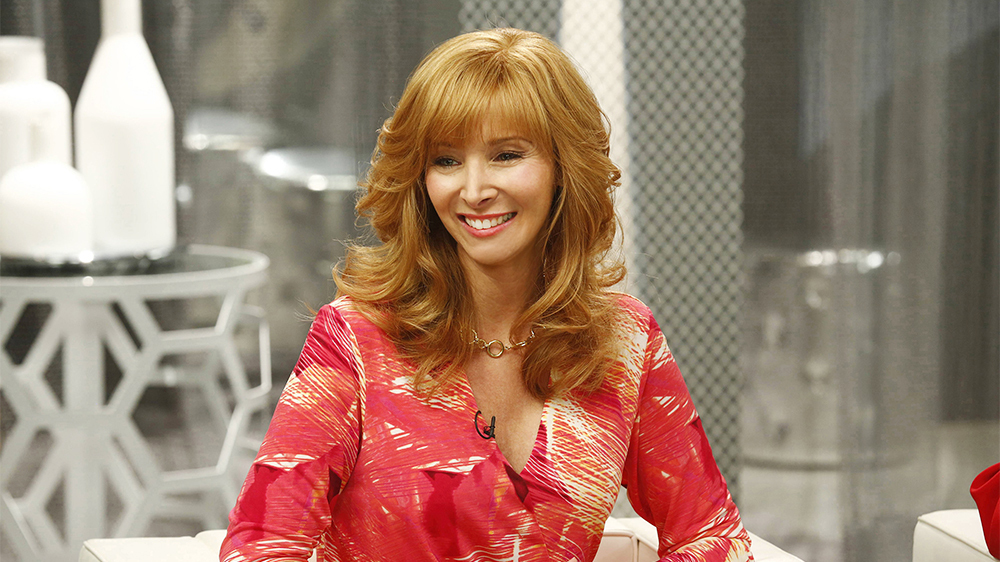 TV: Mozart in the Jungle (Season 1)

Novel: The Peripheral by William Gibson