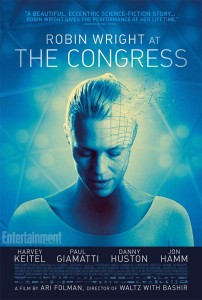 From its promising core conceit to its incoherent conclusion, The Congress (2014) is an interesting but unsatisfying SFnal riff on art, drugs, escapism, and free will – or the lack thereof. Robin Wright stars as, well, herself more or less…an actress in middle life whose career is nearing its end. Wright’s agent (Harvey Keitel) may have one last contract for her, though: she can scan her very essence into a computer and sign away her identity to Hollywood, but only if she agrees never to act again. The very idea of it rankles her, but she agrees to do it, a decision that proves to be just the first step in the bizarre evolution of the movie business’s future.

The story starts promisingly with a surreal atmosphere, glimpses of interesting near-futurism, and eloquent performances from Wright, Keitel, Danny Huston, and Paul Giamatti. At first there’s the sense that it might develop into a thoughtful meditation on the evolution of the entertainment industry, with an eye for intellectual property issues, artistic expression, and the human costs of talent commodification. But The Congress has other plans: messier, weirder plans that are possibly more interesting, but aren’t satisfying. After time-jumping twenty years into the future, the narrative takes a visually intriguing but stilted and muddled left-turn into sociopolitical comment about media as opiate to the masses. The way the film lurches from live action to animation strains suspension of disbelief, and the pacing in the lengthy middle stage lags. There is an interesting artistry to it all, but once the narrative momentum dies, the creative message becomes difficult to parse or care about. Overall The Congress is an interesting experiment with some worthwhile moments, but ultimately it struck me as ponderous and pretentious. 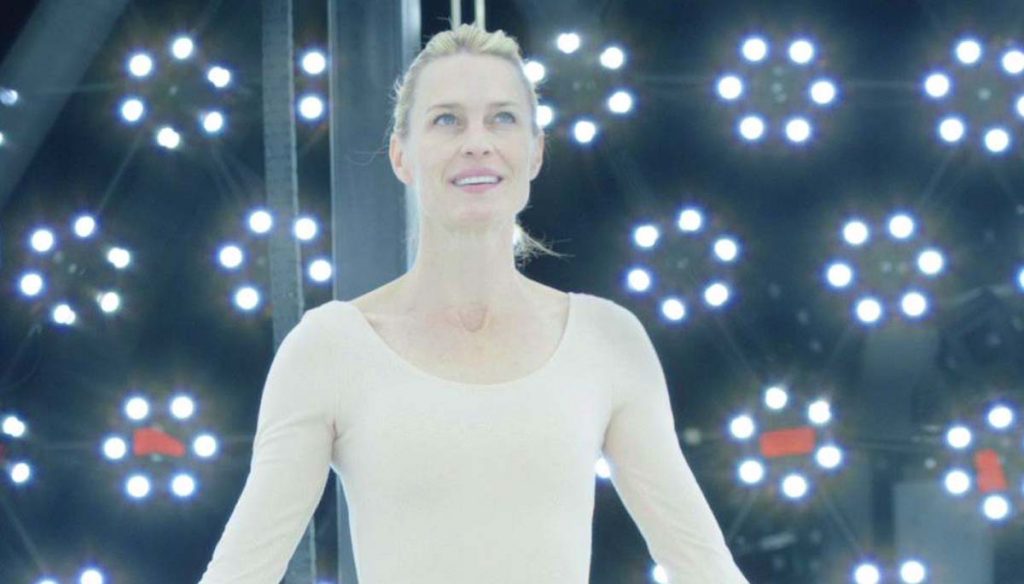 Film: The Strange Color of Your Body’s Tears

Collection: Angels and You Dogs by Kathleen Ann Goonan