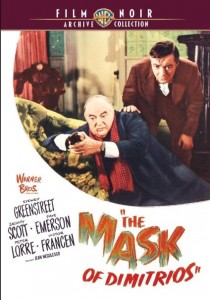 While it pales in comparison to some of the other spy films of its era, The Mask of Dimitrios (1944) is still worthy, classic Hollywood intrigue, especially for genre buffs. Cornelius Leyden (Peter Lorre), a writer of crime fiction visiting Istanbul, encounters a general who piques his interest in the story of Dimitrios Makropolous (Zachary Scott) – an international con artist whose body has just washed up on the shore of the Bosphorous. Always on the lookout for good material, Leyden sets off across Europe to investigate the details of Makropolous’ past. His innocent curiosity, however, embroils him with the cunning Mr. Peters (Sydney Greenstreet), a scoundrel in his own right who is looking to exploit Leyden’s information in a mysterious scheme.

The turns of its flashback-ridden plot aren’t terribly enthralling – indeed, one major plot twist isn’t even remotely surprising – but The Mask of Dimitrios is an agreeable mystery that coasts on the virtue of its noir ambience, clever dialogue, and the quirky charisma of Greenstreet and Lorre. Their jousting interactions are peppered with slick humor and catchy turns of phrase, making this a must-watch for fans of the actors. If you enjoy the cinematic style of this era and genre, you could do much worse than to check this one out. 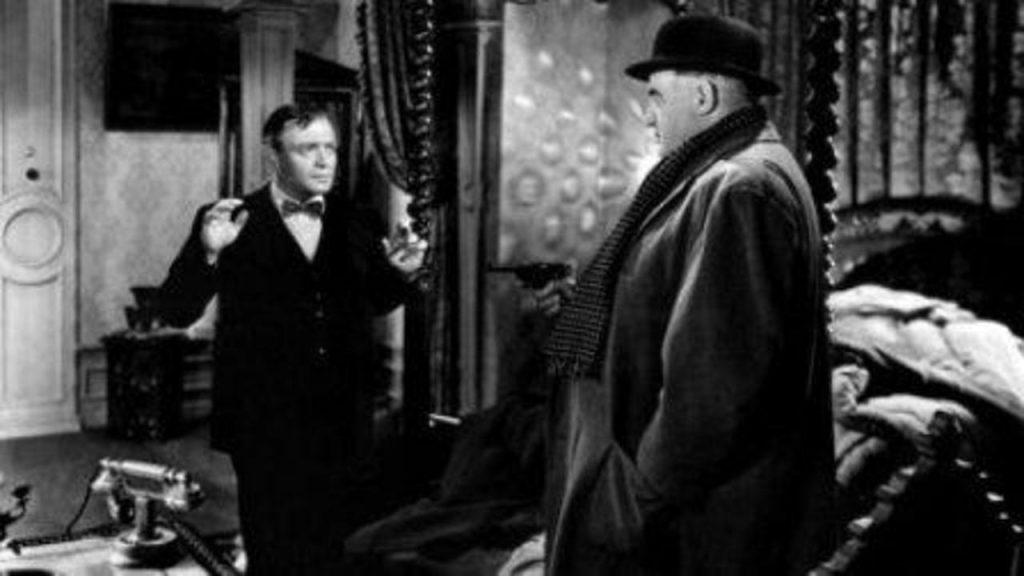