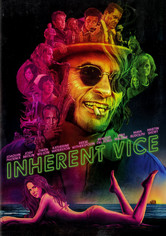 When Joaquin Phoenix and Katherine Waterston started mumbling their way through the first scene of Inherent Vice (2014), I had such a hard time hearing them I had to turn on the subtitles. Now that I’ve seen the whole movie that way, I’m not sure I’m any better off than if I’d continued struggling to decipher their dialogue over the drone of our air conditioner. This film, adapted from a novel by Thomas Pynchon, is a quirky, baffling snarl.

Phoenix portrays Larry “Doc” Sportello, a pothead private investigator in 1970 L.A., hired by his ex-girlfriend Shasta (Waterston) to save her current lover Mickey Wolfmann (Eric Roberts) from a heartless get-rich quick scheme. Motivated by his unresolved feelings for Shasta, Doc inserts himself into the mystery only to land in a dense quagmire of conflicting players with murky motives. A visit from an ex-con (Michael Kenneth Williams), the disappearance of Wolfmann, and the death of one of Wolfmann’s neo-Nazi bodyguards combine to land Doc in the sights of his police nemesis Lieutenant “Bigfoot” Bjornsen (Josh Brolin). And everything is further complicated when Hope Harlingen (Jenna Malone) hires Doc to track down surf-sax player Coy Harlingen (Owen Wilson), whose clandestine work as a federal informant has him on the run, and seems somehow entwined with all the other shady goings-on. This further fuels Doc’s paranoia-laced, drug-addled scheming and angling across a crooked urban landscape.

This incoherent PI tale lurches through several other plot contortions, but after a while I stopped keeping score and just immersed myself in its weird, glacially paced scene-building and grungy ambience. I’d be hard pressed to say I enjoyed it, but I did find it a peculiar and diverting watch. Paul Thomas Anderson is an indulgent auteur, but his work is nothing if not interesting, and Inherent Vice is surely that – a deeply bizarre mess embellishing its noir detective trappings with countercultural paranoia, conspiracies, period politics, and a mumbling cast of distinctive oddball characters. It feels like Robert Altman adapting Philip K. Dick at his least accessible, and the results, while grimly amusing and visually arresting, are ultimately not all that satisfying. 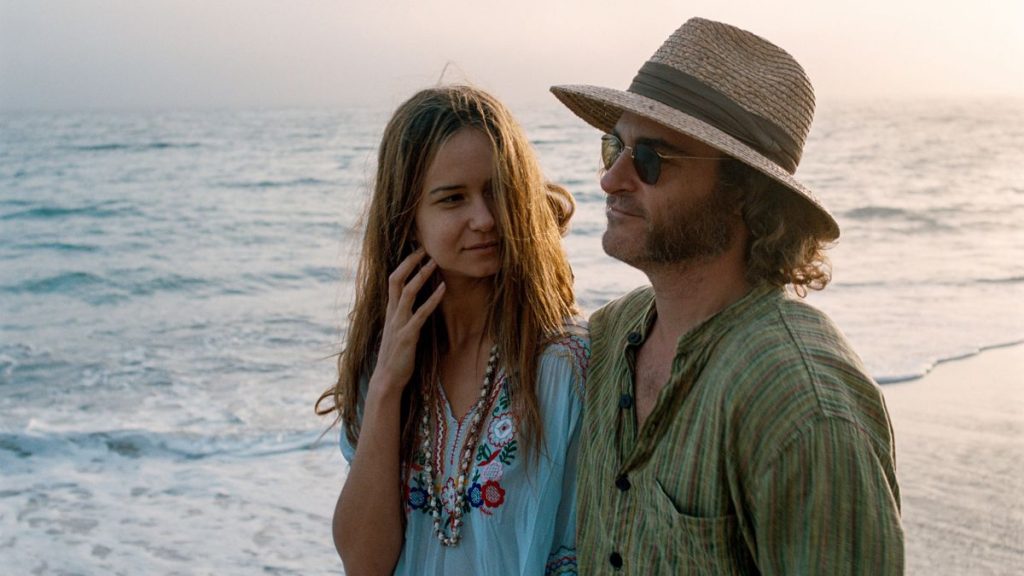