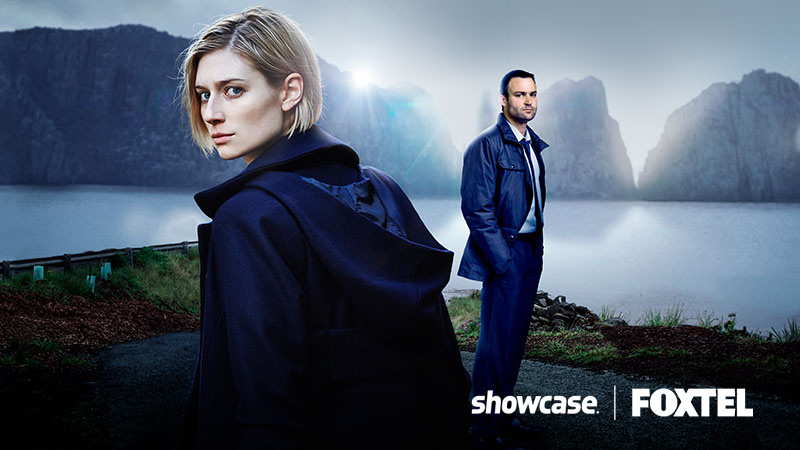 It’s a good time to be alive if you’re a fan of atmospheric chillers where geography is character. The Kettering Incident is the latest in my queue to fit that mold, doing for the rainforests of Tasmania what Bloodline does for the Florida Keys, or — perhaps more relevant — what Fortitude does for its majestic Arctic island. It’s unsettling, gorgeously shot television that tells an intriguing story and transports the viewer to stunning, faraway places.

Dr. Anna Macy (Elizabeth Debicki) escaped a troubled childhood in the small logging town of Kettering, Tasmania in the wake of a tragedy, when her best friend Gillian disappeared. This “Kettering incident” hangs over the hard-luck town like a curse, and while it’s been dormant for fifteen years, it’s about to be reawakened. Anna, a hematologist who suffers from inexplicable blackouts, wakes up back in Kettering one day, not knowing how she got there…all the way from London. The villagers remember her, and not fondly; she’s emblematic of the troubles that loom over the community, which involve not just Gillian’s disappearance, but a faltering economy and an ongoing clash between millworkers and environmentalists. Only one person seems interested in Anna’s return: Chloe Holloway (Sianoa Smit-McPhee), an impetuous teenager whose brief involvement with Anna portends a new tragedy, and starts to peel away the edges of an intriguing local mystery.

A likely first impression of The Kettering Incident is that it’s the Tasmanian Twin Peaks, right down to the logging mills and troubled teen girls, the drug-running high schoolers and the sinister, scheming conspiracies. It’s also resonant of the spooky mysticism of The X-Files and Millenium, soft SF with a patient, super-serious tone. While it owes a debt to these trailblazing genre shows, it reminds me most of Fortitude, a similarly brilliant, slow-building creeper of horrific science fiction with intrinsic environmental themes. Fans of the above shows will find it appealing, then, but it’s also a distinctive show in its own right, with a haunting ambience that’s addictively immersive.

Alas, one area it doesn’t quite match Fortitude is in the strength of its characters. Debicki is mesmerizing as the haunted Anna, and there is some effective supporting work from the likes of Matthew Le Nevez, Henry Nixon, Damon Gameau, and Tilda Cobham-Hervey, among others. But the residents of Kettering aren’t nearly as quirky, diverse, or memorable as those of Twin Peaks or Fortitude. The breathtaking landscape, however, almost makes up the difference. Tasmania’s broad vistas and encroaching, lush forests paint an unforgettable picture of this unique, remote corner of the world, which serves as the perfect backdrop for a spine-tinglingly creepy story. There are a few slow patches on the journey from its masterful credit sequence to its jaw-dropping final moments, but they’re worth weathering. The Kettering Incident might not gets its hooks into everyone who tries it, but for the rest it will be difficult to forget.