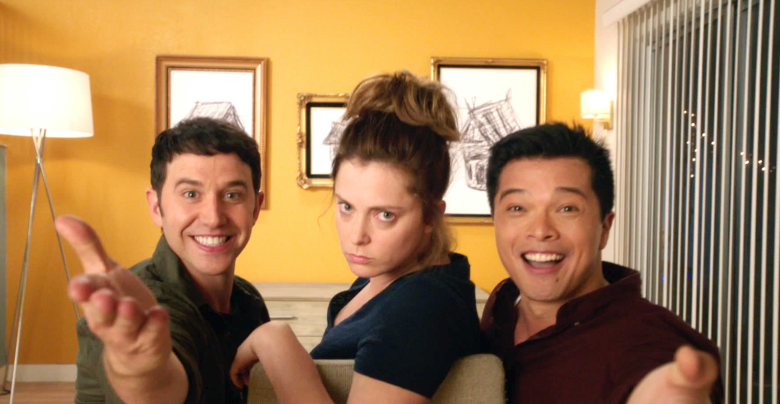 Crazy Ex-Girlfriend set the bar pretty high in season one, and while its sophomore year doesn’t always clear that bar, it starts strongly enough and ends with such brilliant, disturbing resonance that its midseason lull is perfectly forgivable. It remains one of TV’s most inventive and addictive properties.

After a year of mad scheming to win the man of her dreams, Rebecca Bunch (the amazing Rachel Bloom) finds herself in a pickle to start season two: her longtime crush Josh Chan (Vincent Rodriguez III) is finally within her reach, but she’s starting to wonder if she made a mistake, missing out on true love with snarky Greg Serrano (Santino Fontana). This is just the starting point for this year’s emotional roller-coaster, as Rebecca’s self-centered love life generates strife with her best friend Paula (Donna Lynne Champlin), leads to an unexpected friendship with Josh’s ex Valencia (Gabrielle Ruiz), and reveals hidden depths to Rebecca’s intense mental issues.

Crazy Ex-Girlfriend is wickedly entertaining dark comedy, a gleefully subversive thrashing of rom-com tropes that manages the hair-splitting trick of making its problematic protagonist — played with spectacular conviction by Bloom — both relatable and repulsive, in the tradition of modern TV’s best antiheroes. Its first five or six episodes click along with the same manic energy and confidence as its freshman year, and contain similarly inspired musical numbers like “Love Kernels,” “The Math of Love Triangles,” and the hilarious “We Tapped That Ass” (possibly the best number the show has ever done). Perhaps  due to the logistics of television production, the season loses some of its luster and momentum in a flagging middle stretch, and suffers from some awkward reaches at times. But the season finale is a marvel of dark comedy mindfuckery, sticking the landing in a powerful and surprisingly harrowing way, that suggests even darker and weirder turns for the future. If you haven’t watched this one yet, I highly recommend it: it’s wildly fun and absolutely unique, with far more dark layers than you might expect at first glance.