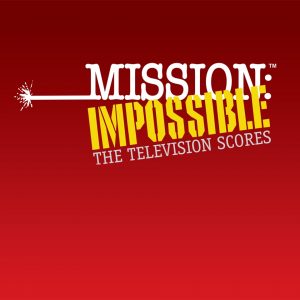 I’ve written a boatload of words about the original Mission: Impossible, but one aspect of the series I haven’t mentioned much is the music. This is unfortunate; music is the show’s secret weapon, consistently contributing to the suspenseful atmosphere and jazzy style of the series. Fortunately, by releasing a six-disc compilation of Mission music, La-La Land Records has given me the perfect excuse to rectify this oversight. Without quite knowing it, I’ve been waiting for Mission: Impossible – The Television Scores for decades; little did I know it had been out for over a year and a half already.

Everyone’s familiar with Lalo Schifrin’s iconic Mission: Impossible theme song, the explosive, urgent 5/4 track that’s been parodied into the ground and has followed the franchise throughout its history, including the recent film incarnations. That original theme song may be one of the most perfect TV tracks ever recorded — indeed, it’s so perfect, every subsequent reimagining of it has just sounded wrong to me, including the alternate versions on this set. But the theme is just the tip of the Mission music iceberg, as this robust, limited-edition box set points out.

Unsurprisingly, my favorite compositions tends to correspond to my favorite seasons. Season one’s scores, which set the tone for the show’s musical style, are almost uniformly outstanding. Particularly brilliant is Schifrin’s pioneering work for three early episodes: the pilot, “Memory,” and “Operation Rogosh.” Emerging from these scores the IMF theme “The Plot,” an addictive melody that would often be deployed as a musical cue to the team’s arrival onscreen. “The Plot” ultimately has more staying power and versatility than the theme song does; its melody would be repurposed inventively throughout all seven seasons. There are times when its presence feels like overkill, but it’s an infectious melody that Schifrin and the show’s other composers work creative variations on.

Schifrin has impressive help in the early seasons. There’s Walter Scharf’s lovely “Old Man Out” score, and Gerald Fried’s lively Meditterrean-flavored tracks from “Odds On Evil.” Jack Urbont contributes jazzy backgrounds for “The Ransom” and romantic string work for “The Short Tail Spy.” These composers would continue into season two, which also added composers Robert Drasnin (“The Slave”) and Jerry Fielding (“The Council”). Their work would become familiar and influential in later seasons. The music continues to impress through seasons three and four, with Schifrin’s “The Heir Apparent” score a particular highlight. The blend of upbeat jazz and symphonic orchestration contribute energy, tension, and class to the series’ classic early years.

Season five’s drastic shift in style, which includes an inferior version of the theme song, would send the show in a slightly different direction — often, I think, to the detriment of the music. Attempts to make the music more “contemporary” (at the time) made it more dated. Even so, Schifrin works some groovy twists on “The Plot” for his “Takeover” score, and certain atmospheric sections from the later seasons blend seamlessly with the early classics. I’ve taken to playing the entire set on random, and it makes spectacular background music, especially for a spy fiction writer. With six discs and nearly eight hours of music, Mission: Impossible – The Television Scores is a must-have for series diehards. 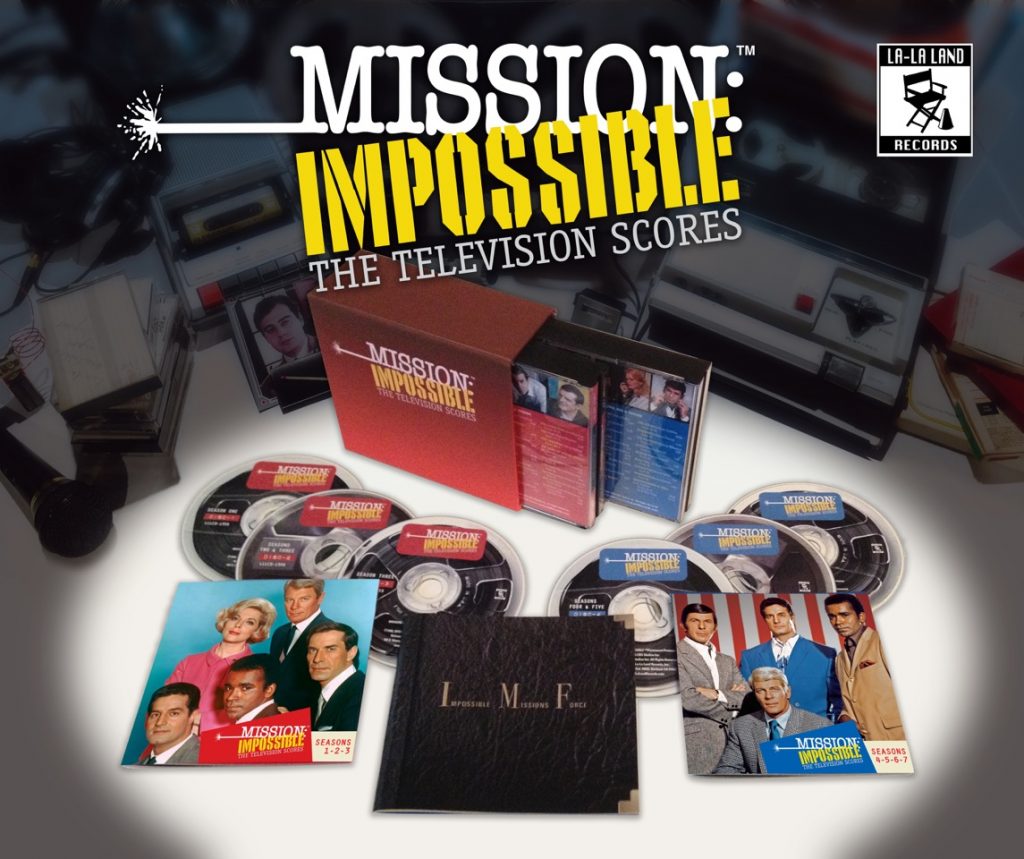