Film: Guardians of the Galaxy Vol. 2 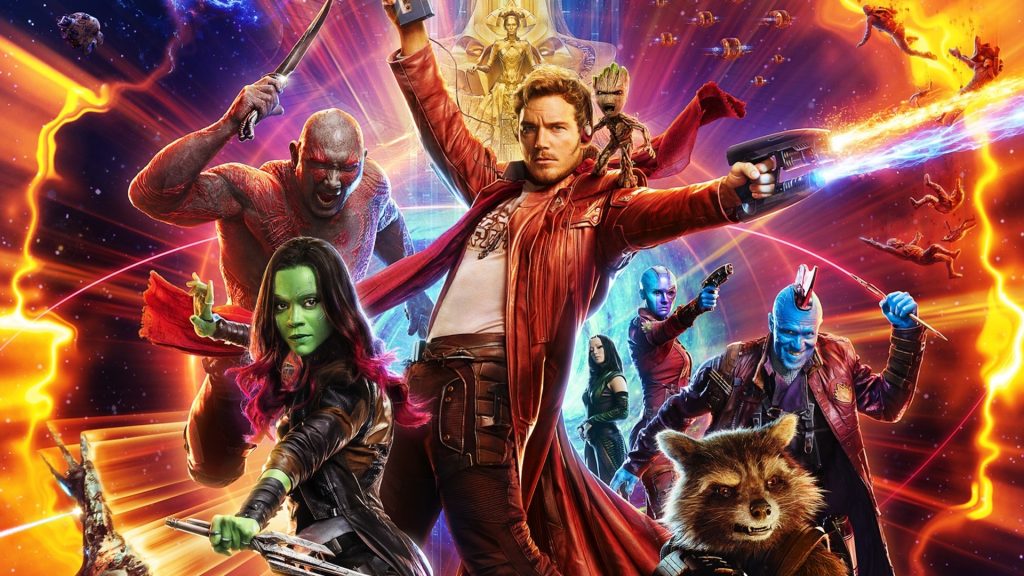 After watching Guardians of the Galaxy Vol. 2, I had to go back to my review of the first one to compare my reactions. I was stunned. I loved the first one. How could I hate the sequel so much? Still not sure, but I thought this one was terrible.

Having gained intergalactic notoreity for their previous adventures, the Guardians — Starlord (Chris Pratt), Gamora (Zoe Saldana), Drax (Dave Bautista), Rocket (Bradley Cooper), and Groot (Vin Diesel) — open this outing in the employ of a golden race known as the Sovereign. After trading their services for custody of Gamora’s cyborg sister Nebula (Karen Gillan), they take their leave — but not before Rocket pisses off the Sovereign by stealing powerful MacGuffins as they’re leaving. After fleeing of the Sovereign’s fleet, they wind up on a utopian planet ruled by Ego (Kurt Russell), who happens to be Starlord’s father. Ego is a “Celestial” with God-like abilities, and while Starlord is half-human, he shares some of that power. Starlord feels like he’s finally solved the mystery of his past…but Ego may have a hidden agenda. Oh let’s just say it, he definitely has a hidden agenda, and everything goes sideways.

Guardians of the Galaxy Vol. 2 is not entirely without merit. Its visual effects are eye-popping, and it consistently delivers spectacular costume and set design. Baby Groot is overplayed, but adorable and hilarious. I was rather fond of the film’s quirky, humorous interpretation of an obscure-ish Marvel character named Mantis (Pom Klementieff), and it was nice to see Gamora get something more to do than be the girlfriend — even if it’s just a thin side plot involving sibling rivalry with Nebula. Dave Bautista has some entertaining moments, although his trademark incomprehension of metaphor seems to have been replaced with a tendency for filterless bluntness.

But that’s an awful lot of caveats, for a pro column, and the con column is much more cluttered. The whole thing just felt so slapdash, especially structurally. The plot is riddled with random conflicts and collisions designed to generate violent spectacle. The action sequences are flashy, but incoherent. The story relies way too heavily on a dull, daddy-issue backstory for Starlord, and its only “emotional weight” comes from an ill-considered redemption arc for a despicable side character named Yondu (Michael Rooker), who in one sequence goes on an eyeball-kicky spree of homicides (played rather disturbingly for laughs), then inexplicably earns the entire universe’s love and respect in the course of half an hour’s work. Worst, the script substitutes bickering for humor, managing to strip the cast — including, miraculously, Pratt — of much of its charm and likeability. Rocket is especially annoying this time out.

The first Guardians scored a lot of points for novelty, surprise, humor, and style. But I have a feeling I grossly overrated it, in the moment…either that, or the sequel is just so profoundly bad that it rewired my earlier impressions. I have a soft spot for big, dumb superhero movies — see Thor: Ragnarok, for one that does it right — but alas, this one didn’t work for me at all.