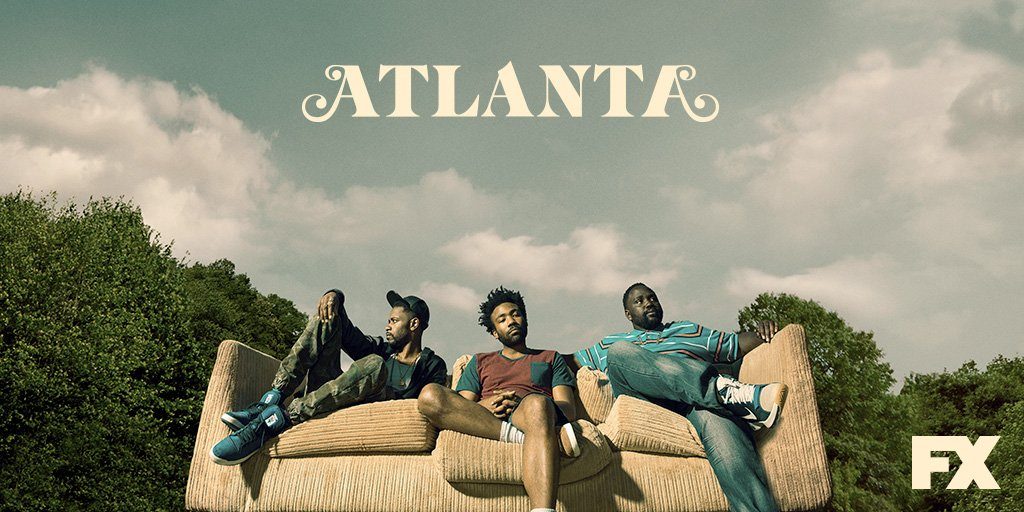 The great thing about Atlanta — or, I should say, one of the great things about it — is that it’s just so unexpected. Is it a zany comedy, a serious thematic drama, a ribald satire, or a subtle, thought-provoking critique? The answer is yes on all counts, and more — it just depends on the episode, the scene, the line of dialogue. Atlanta, beyond its convincing worldbuilding, somehow promises nothing specific — and yet delivers something extremely specific, using restless and varied techniques to deliver a unique artistic vision.

Atlanta chronicles the day-to-day struggles of Earnest “Earn” Marks (Donald Glover), an aspiring music industry manager. Earn leads an itinerant existence, constantly on the move and sleeping in random places, usually circling back to his on-again, off-again girlfriend Vanessa (Zazie Beetz), with whom he’s fathered a child. Earn pins his financial hopes on managing the music career of his cousin, Alfred “Paper Boi” Miles (Brian Tyree Henry), an Atlanta rapper with a bad-boy reputation. He manages to land the gig, but it certainly doesn’t solve his problems, which while individually modest add up to something of a chronic existential crisis.

Years of expert buffoonery on Community established Glover as a singularly talented comic actor. Atlanta, which he created, propels him to a new place — and not just as an actor, where he reveals substantial subtlety and range. He also writes, directs, and produces on the show, no doubt contributing to a unique auteur sensibility, and one with a well-honed message. Atlanta is not just about Earn; it truly is about Atlanta, or rather, Atlanta as metaphor for black American experience. For all its quirky scenarios, funny naturalistic dialogue, and occasional laugh-out-loud moments, this is a show about surviving day-to-day life as a black person in the cruel realities of an unforgivingly capitalist nation. Earn, whose name couldn’t be more appropriate, is a truly American character — a working-class striver battling the overwhelming financial stresses of modern life with the only tools at his disposal: ambition, hopes, and dreams for a better future. His pursuit of wealth and success is the American dream, but that dream, Atlanta posits, ain’t all its cracked up to be, especially when you’re black and poor.

Atlanta’s narrative journey is an indirect zig-zag of jokes, images, incidents, and concepts that isn’t so much traditional story as episodic mosaic, building to a quiet, thought-provoking point in its finale. The pieces of the mosaic are by turns amusing, weird, low-key, dramatic, suspenseful, and funny, a true-to-life, tonally erratic melange. It can spend one episode in a police station, putting Earn in awkward, scary confrontation with a group of unfortunates and societal castoffs who have run afoul of the law, and then another one spoofing, often in a very broad way, the utter silliness of public access television. One hilarious scene will depict Paper Boi’s laconic right-hand man Darius (Lakeith Stanfield) obliviously creating controversy at a shooting range; later, an exquisitely performed scenario has Vanessa catching up with her upwardly mobile friend Jayde (Aubin Wise) in a beautiful slow-build of conflicting life philosophies. Taken individually, Atlanta’s scenes and sequences don’t always make sense together — indeed, at times the components feel like they could belong to different shows. But the cumulative effect is surprisingly powerful, as the parts fractiously interact to examine the challenges of the American experience in a messy, cruel world full of racial and economic injustice.

One of the joys of current TV is that there’s room for the unexpected, and for shows that defy the suffocating formulism of the old days. Add Atlanta to that list — in fact, you could comfortably move it to the top. It’s unlike anything I’ve seen before.