TV: Mozart in the Jungle (Season 4) 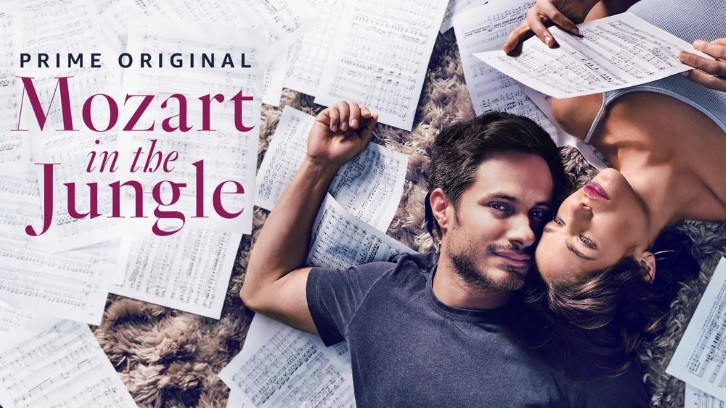 Amazon’s disappointing decision to cancel the wonderful Mozart in the Jungle definitely changes the shape of this review. A unique and unpredictable show which felt like it could last forever suddenly ends in a manner that, while providing a certain thematic closure, still leaves us with narrative questions, and wanting more.

Season four finally answers the will-they, won’t-they romance question about young oboist Hailey Rutledge (Lola Kirke) and spirited conductor Rodrigo de Souza (Gael García Bernal): they most certainly will. But far from a happily-ever-after scenario, Hailey and Rodrigo’s relationship presents new challenges in their personal and professional lives. Hailey, now striving to make a name for herself as a conductor, struggles to decouple her personal ambitions from the effect of Rodrigo’s celebrity. Meanwhile, Rodrigo wonders if the fire and energy that fueled his career is starting to wane as he ages and the pressure of commercializing his art takes its emotional toll. The result is a romance full of mutual joys and individual challenges, as Hailey’s participation in a major conducting competition wrings out lifelong psychological issues that Rodrigo’s presence in her life may be unwittingly exacerbating.

This (unplanned?) final season of Mozart in the Jungle delivers everything we’ve come to expect from the series: which is to say, an expected central relationship upon which completely unexpected moments and developments and subplots are haphazardly organized. The show’s unpredictability has long been its brightest selling point for me, and season four continues the show’s refreshing refusal to descend into formulism, each episode veering wildly from one clever, creative idea to the next. The surface narrative of Hailey and Rodrigo’s relationship is given depth by nicely rendered depictions of their internal struggles, which often shoot the show off in fantastical directions. It is, in other words, another wildly entertaining year for the series, which delivers the central relationship to an artistically satisfying place. But what feels like an excellent season finale may fall just short of a perfect series finale. I’m going to miss this one.