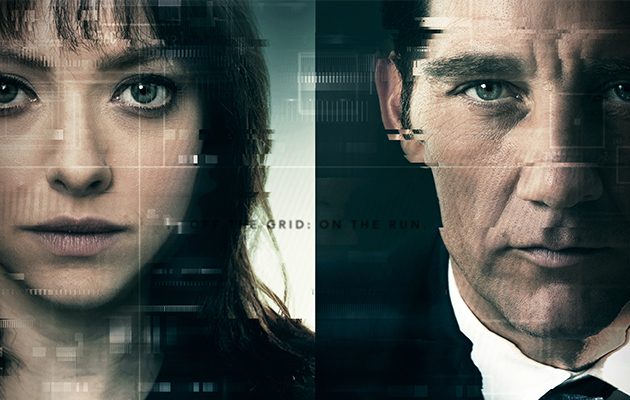 The officious surveillance society depicted in Anon (2018) might have been more nightmarish if the film hadn’t been so glacially slow and boring. Detective Sal Frieland (Clive Owen) is an agent of the state where the law is upheld by ubiquitous POV recording technology. Crimes still occur, but they’re much harder to pull off when the police can access a comprehensive visual archive of the suspect’s memories — or the victim’s, or virtually any other citizen. But then Frieland is assigned a case with an actual mystery: a murder, perpetrated by someone who can spontaneously delete herself from all surveillance by hacking into and editing anyone’s footage. Sal goes undercover to draw out the suspect (Amanda Seyfried), a ghost who will go to any length to remain anonymous in a world without privacy.

Playing out like an extended, dramatically flat Black Mirror episode, Anon is not completely without merit. There’s a half-successful future noir vibe, and its depiction of a future where humans and the internet have basically hybridized leads to some slick augmented-reality visuals. Unfortunately, the plot sleepwalks through predicables paces, and ultimately doesn’t do anything all that interesting with the premise it’s so committed to exploring. Lifeless direction doesn’t help matters, nor do logic gaps in the science fictional worldbuilding. It looks promising at first, but ultimately it’s just an attractively produced snore.