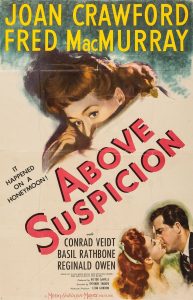 A mildly diverting World War II spy caper based on a novel by Helen MacInnes, Above Suspicion (1943) is amiable but not particularly memorable. Professor Richard Myles (Fred MacMurray) and his wife Francis (Joan Crawford) marry in England just before the war and prepare for a relaxing continental honeymoon. Before they can embark, however, Richard’s British intelligence colleague Galt (Richard Ainley) recruits them both to perform espionage work while they are in France and Germany. The job: locating a missing specialist who can counter Germany’s new nautical weapons. The couple enter into the mission with naive enthusiasm, but their puzzle-solving journey quickly escalates into a life-and-death affair.

Ultimately, Above Suspicion never quite rises above the level of “comfort food” background viewing. It’s an earnest attempt at blending breezy romance with thriller suspense — something it more or less succeeds in doing, but not nearly as adroitly as, say, most Hitchcock ventures into this genre. Crawford and MacMurray are capable but unmemorable, and the supporting cast (which notably includes Basil Rathbone and Conrad Veidt) is fine. Not something worth going out of your way for, but there are worse ways to keep yourself company on a quiet night. 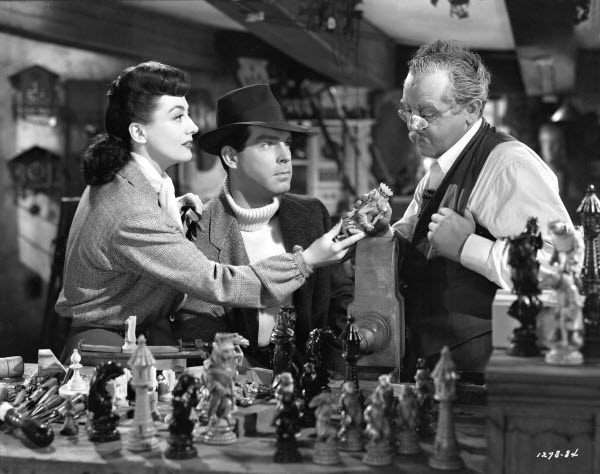