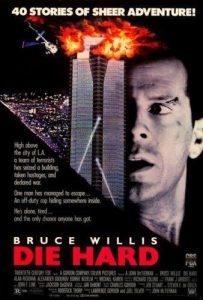 Usually there’s something magical about seeing old movies on the big screen, but the classic action film Die Hard (1988) doesn’t hold up all that well. It’s easy enough to recognize the reasons for its appeal, but I think it’s striking more as a commercial trendsetter than for any artistic merit, and suffers considerably from the toxic subtexts of its era.

John McClane (Bruce Willis, in a breakout role) is a New York City cop who flies to Los Angeles to rekindle a relationship with his wife Holly (Bonnie Bedelia), who has landed an upwardly mobile job with the Nakatomi Corporation. McClane shows up at the company’s skyscraper headquarters for a Christmas party, just in time for the building to be swarmed by terrorists, led by the nefarious Hans Gruber (Alan Rickman). The terrorists take the staff hostage, but their meticulous plans don’t factor in McClane, who wages a one-man war against them to save the day.

Die Hard has a terrific high-concept premise and charismatic performances. Willis brings his usual, effortless mix of charm and smarm, and there’s some amusing, affecting camaraderie with Reginald Veljohnson and De’voreaux White. It’s more or less effective and diverting as it lays influential groundwork for future thriller films. But the script, while well crafted structurally, is shallow and unsophisticated, and considering the eyeball-kicky concept it’s not all that interesting visually. It doesn’t help that it’s good-guy-with-a-gun subtext probably contributed to the country’s mental ill-health. Well-rounded film buffs will want to know about this film, and it’s certainly memorable and important, but in retrospect it’s a surprisingly meh product of its era. 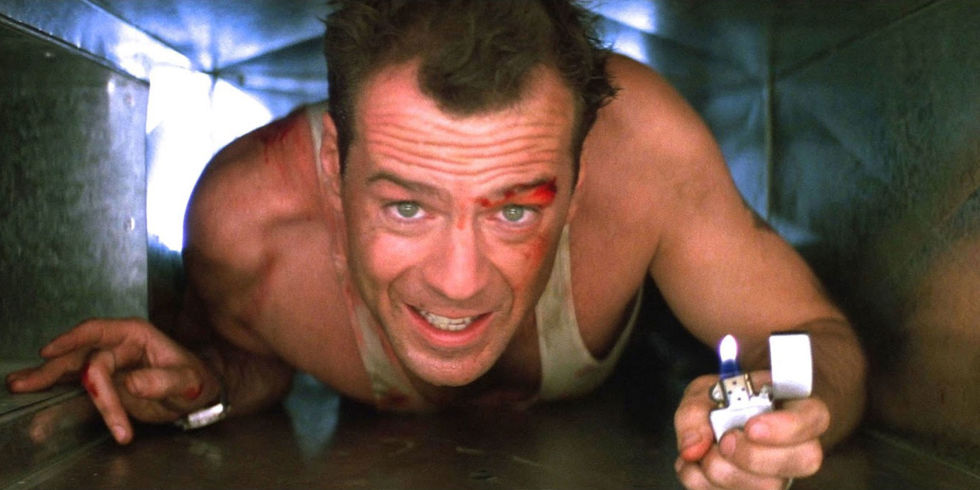