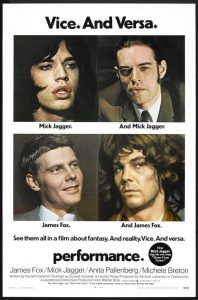 Following the recent death of noted director Nicolas Roeg, the classy streaming service FilmStruck, going down swinging in its final month, made a number of his old films available. This gave me a chance to watch Performance (1970), a movie I have vague memories of seeing in film class decades ago. It didn’t make much of an impression at the time, but I must have been too young to appreciate it, because this time it struck me as one of his best efforts.

Performance is a disorienting, edgy film about an unrepentant mafia hood named Chas (James Fox). Chas prowls the streets of London enforcing a protection racket with a little too much enjoyment for the violent, destructive work. Indeed, Chas is so overzealous that he gets on his employers’ bad side; when a job goes sour, he goes on the lam, changing his identity and renting a room from reclusive former rock star Turner (Mick Jagger). Insinuating himself with Turner and his girlfriends Pherber (Anita Pallenberg) and Lucy (Michele Breton), Chas thinks he’s putting one over on his hosts as he plots his escape to America. But the bohemian trio turns the tables on him, forcing him to question his brutal, macho identity.

Like much of Roeg’s early output, Performance is unique, challenging, transgressive for its time, and striking in its extraordinary visuals. He deploys disorienting French New Wave editing over his London crime story, which somehow manages a kind of grimy technicolor look. The dialogue has a muddy, stream-of-conscious feel, forcing the viewer to decode the story and its meaning from its audio-visual assault. But the message gets across, as Roeg’s characteristic fascination with sex, violence, and identity sets its sights on posturing and toxic masculinity. Interesting, memorable stuff. 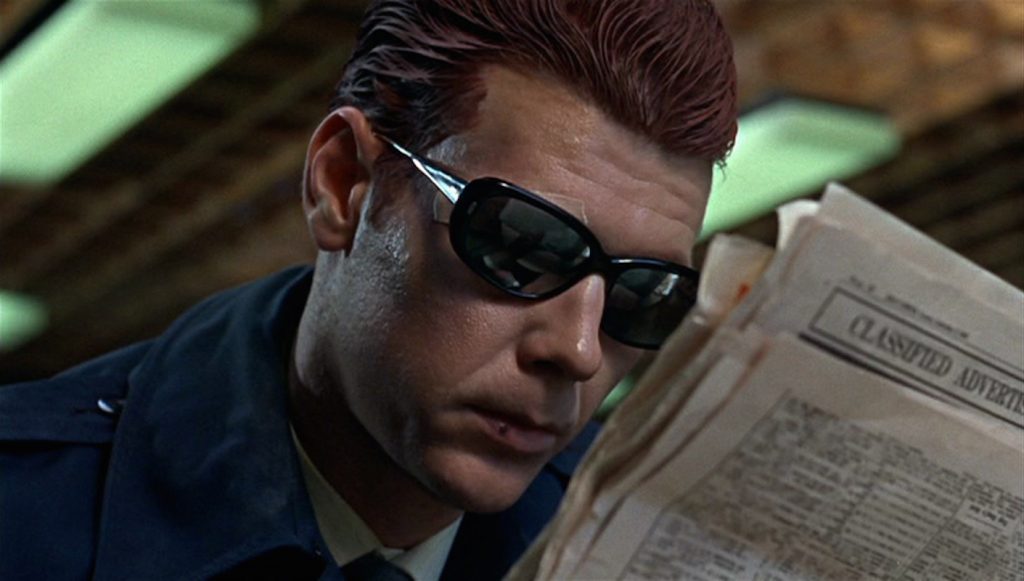