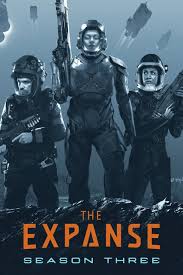 I was already pleased that Amazon stepped in to rescue The Expanse after its Syfy cancellation, but I’m even happier now that I’ve seen the show’s stellar third season. This may be the most propulsive and engaging stretch of episodes yet. The show’s character roster continues to expand and evolve, its scientific mysteries continue to intrigue, and its interplanetary conflicts continue to deepen and intensify.

The first half of the season is dominated by the escalating war between Earth and Mars, with the Belters once again caught in the middle. The great powers of the solar system are vying for control of a mysterious “protomolecule,” an alien substance that corrupt forces are attempting to exploit — if not weaponize. The crew of the Rocinante — captain James Holden (Steven Strait), engineer Naomi Nagata (Dominique Tipper), pilot Alex Kamal (Cas Anvar), and mechanic/combat expert Amos Burton (Wes Chatham) — once again find themselves in the thick of things, a team of angling neutrals struggling to do the right thing. Eventually they team up with U.N. ambassador Chrisjen Avarasarala (Shohreh Aghdashloo) and ex-Martian marine Bobbi Draper (Frankie Adams), who have their own problems — but shared solutions. Then, in the midst of the season, the trajectory shifts dramatically as a massive, bizarre construct of alien technology called “the Ring” launches from Venus: yet another unexpected consequence of the protomolecule. The Ring’s arrival alters the thrust of the series, as the focus turns away from martial geopolitics to tense, suspenseful investigation of a scientific mystery.

On the whole, I preferred the exciting escalation of the first half of the year to the slowly building tension of the second — which starts with the primary characters scattered, disrupting their hard-won and winning created-family chemistry. Even so, the full season warrants an obsessive binge, and ultimately the band does all get back together in a satisfying way. The show’s assets are legion, but of special mention are the production values: the sets, costumes, and visual effects are all exceptional. The show is also wonderfully unpredictable, never afraid to introduce new characters, milieus, and subplots to the mix to keep the viewer guessing and engaged. One highlight involves the struggles of a Belter captain, Camina Drummer (Cara Gee), to take command of the new Belter Navy — despite challenges from her second-command, ex-pirate Klaes Ashford (David Straithern). Whether it’s conspiracies, detective work, and warfare or suspenseful angling around a skiffy sense-of-wonder enigma, the execution is first-rate on all counts. Season four can’t come quickly enough. 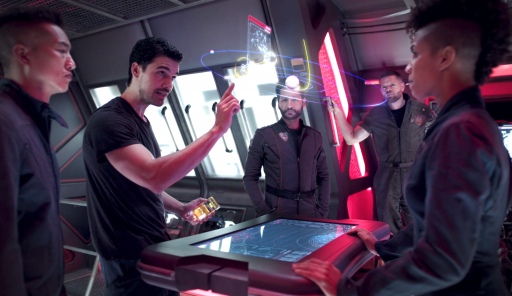 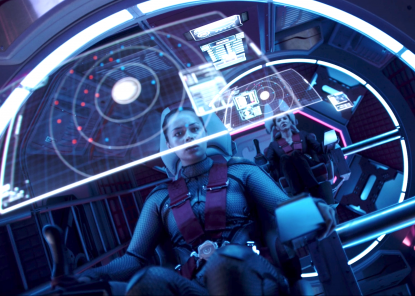