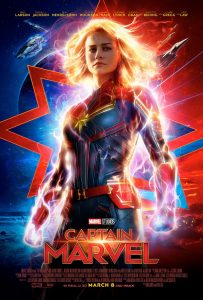 Well, it only took twenty-one attempts, but Marvel finally added a female-led superhero film — Captain Marvel (2019) — to its indomitable megafranchise. It’s about freaking time, and smear campaigns to the contrary, I think it’s up there with the MCU’s best.

At first, this one inhabits the more cosmic and fantastical territory of the Thor and Guardians of the Galaxy films, taking us to a distant galactic civilization ruled by the remarkably (*whistles*) human-like Kree. The Kree race has long been at war with the devious, shapeshifting Skrulls, and Vers (Brie Larson) is currently gearing up to be a weapon in that war. Trained by the disciplined Yon-Rogg (Jude Law), Vers is an impulsive, instinctive spirit, anxious to get into the fray. But her first mission, to extract a spy from the fringes of Skrull territory, goes disastrously sideways. She’s captured, and during a baffling virtual interrogation experiences vivid memories of a life she doesn’t remember. When she breaks free, she escapes to the nearest planet: Earth, the key to her memory and an unexpected Cold War battleground in the Kree-Skrull conflict.

Like most MCU solo films, Captain Marvel is an origin story, but mercifully avoids the beaten-to-death rhythms of previous outings. In Vers, it boasts a new hero well on the way to mastering her powers, sparing us the usual tedious training montage. Instead, we’re thrown right into the action of a story that cleverly reverse-engineers the hero’s backstory. Throughout, Vers — who, if you haven’t guessed, ultimately becomes Captain Marvel — is a likeable centering presence, a winning mix of smarts, guts, and wit. I don’t think Larson is exceptional in the role, but she’s not a liability either, and I expect she’ll slot in nicely to the Avengers group dynamic. She certainly does well as the subject of the film’s mostly shrewd feminist undercurrent. (I say “mostly ” because the decision to back an important fight sequence with No Doubt’s “Just a Girl” felt like being punched in the nose by a studio executive pulling a pun-dog face.)

The majority of it plays out as a 1990s period piece. In the wake of Infinity War, I think it’s a smart move to situate this story in the past; weirdly, it made me nostalgic for that vapid, clueless decade. The MCU continuity mileage comes out of the arrival on the scene of S.H.I.E.L.D., particularly a much younger Nick Fury (Samuel L. Jackson, effectively CGI’d into his forties). Vers and Fury quickly develop a winning buddy-cop chemistry, leading to trademark MCU comedy, aided most notably by an orange cat named Goose. I’ve never been a huge Fury fan in this series, but Jackson steals the show this time around.

Captain Marvel manages to possess all the usual characteristics of an MCU film, but in a slick, streamlined configuration that makes the most of the usual elements. Even its muddy third-act action spectacle, an entirely expected MCU drawback, is less annoying than usual. The nicely clocked script unfolds with genuine intrigue and occasional surprise, delivering a movie that is really quite wonderful and fun. Larson and Jackson are surrounded by excellent support, which includes Law, Ben Mendelsohn, Lashana Lynch, Gemma Chan, and Akira Akbar. Of special note is Annette Bening, who does superb work in a tricky role I suspect could have come off quite badly in the wrong hands. Overall, this one’s a terrific new entry in the series, and hopefully its box office success will lay waste to the stupidly persistent theory that female characters can’t carry a Marvel blockbuster. 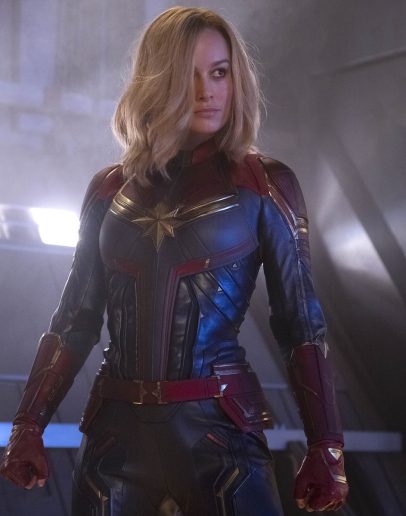 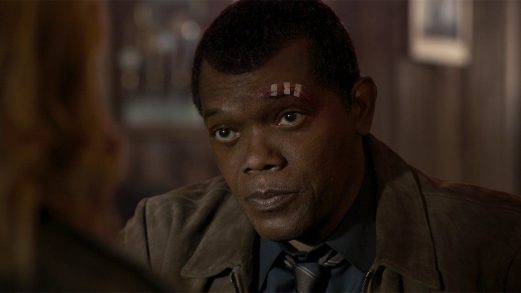