Film: The Eagle Has Landed 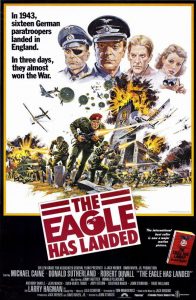 The Eagle Has Landed (1975) is a less-than-spectacular John Sturges war epic that nonetheless made for enjoyable background viewing while I was digitizing my old CD collection the other day. It’s a World War II actioner that strives to recapture the glory days of The Great Escape, falling well short of the mark — indeed, it’s not a particularly satisfying film at all. But it does have a certain throwback attractiveness, which makes it a comfortable diversion for the right viewer.

The heroes of The Eagle Has Landed are actually villains, which may be part of the problem. Duuring the latter days of the war, German Colonel Radl (Robert Duvall) is ordered to do a feasibility study on an impossible mission: kidnapping Winston Churchill from the English countryside. It’s a thankless, hopeless task, but Radl takes it seriously, and sees a window of opportunity he’s duty-bound to pursue. He enlists the aid of two unlikely colleagues: principled, dutiful German soldier Kurt Steiner (Michael Caine) and devious Irish IRA defector Liam Devlin (Donald Sutherland). These two men spearhead the unlikely German mission to drop behind enemy lines and capture Britain’s Prime Minister, striking a blow for the Reich.

Except, of course, we know Churchill was never kidnapped, which — since this is an old film not directed by Quentin Tarantino — rather dissipates any surprise or suspense. Making things worse are the protagonists, stiff Steiner and sleazy Devlin, who are on the wrong side of the war. The script is reasonably sympathetic to their points of view, but neither Caine nor Sutherland bring enough likeability to their roles to make us care about what happens to them, or whether they will succeed (which of course is never really in question). The film still might have worked: it’s a fanciful adventure that could have put a fun secret-history spin on a familiar conflict, had it given us unexpected moments or memorable heroism from the opposition. Instead we have Jenny Agutter, wasted in a misguided romantic subplot; Larry Hagman as an bumbling, gung-ho American company commander; and Treat Williams, as his sensible, deeply boring subordinate. There’s nobody here, in other words, to hang your hat on, and everything plays out more or less as expected, including a “surprise” twist in the final moments.

But it is a John Sturges film, which means there are impressive technicolor vistas and reasonably engaging action sequences. Lalo Schifrin provides the soundtrack, which is always a plus, and Sutherland brings entertaining spark to his scenes. It gave me something to look at while I was waiting for my CDs to rip, and since that was the only bar I had set for it, it was perfect. 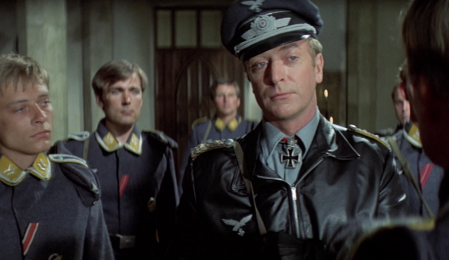 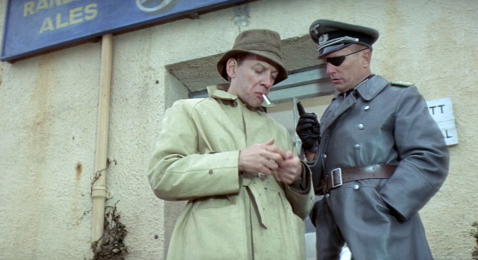