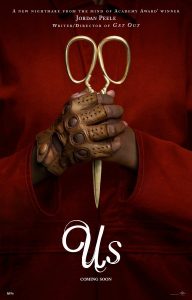 It’s been decades since I’ve seen a horror movie in the theater, but based on his stellar directorial debut Get Out, I thought I’d better give Jordan Peele the benefit of the doubt for his follow-up. Us (2019) is more than a horror movie, though, and it’s another brilliant feather in Peele’s cap. (This, despite the chattering audience members on either side of me who decided they were part of the movie; now I remember why I avoid this genre in public places.)

Us takes us to sunny Santa Cruz, California on a vacation with the Wilson family: amusing dad Gabe (Winston Duke), athletic daughter Zora (Shahadi Wright Joseph), peculiar son Jason (Evan Alex), and, principally, troubled mother Adelaide (Lupita Nyong’o). Haunted by scary past experiences in the seaside city, Adelaide is visibly trepidatious about the trip, but puts a brave face on it to spend time with her family. The trip starts innocuously enough, but it quickly goes off the rails when a family of four mysteriously appears in their driveway one night. When Gabe goes out to confront them, a veil is pierced, and the family reveals themselves as the Wilsons’ bloodthirsty doppelgängers.

The horror-genre surface of Us is exceptionally executed, a potent mixture of terrifying visuals, suspenseful sequences, shocking graphic violence, and subtle, creepy worldbuilding. It’s shot through, as one might expect from Peele, with clever humor thoroughly appropriate to the family’s what-the-fuck-is-happening experience. As a straight-up thrill-ride, then, it’s utterly gripping, with Nyong’o anchoring the journey with an extraordinary dual performance, and the rest of the cast contributing powerfully to the bone-chilling atmosphere. (Elisabeth Moss is particularly effective in an unsettling supporting role.)

But there’s also so, so much more going on underneath the surface in Us — literally and figuratively. Without spoiling anything, suffice it to say that Peele has scathingly ripped another American mask off in this film, exposing the divides of privilege and commenting incisively on the worst of our national characteristics: insatiable greed, crippling envy, conspicuous consumption, rapacious capitalism. How Peele executes this is intelligent and masterful, better seen than described. The film could just as easily be titled U.S. It’s another home run for Peele, sure to please fans of the genre’s familiar bells and whistles, but also those who seek to dig deeper. 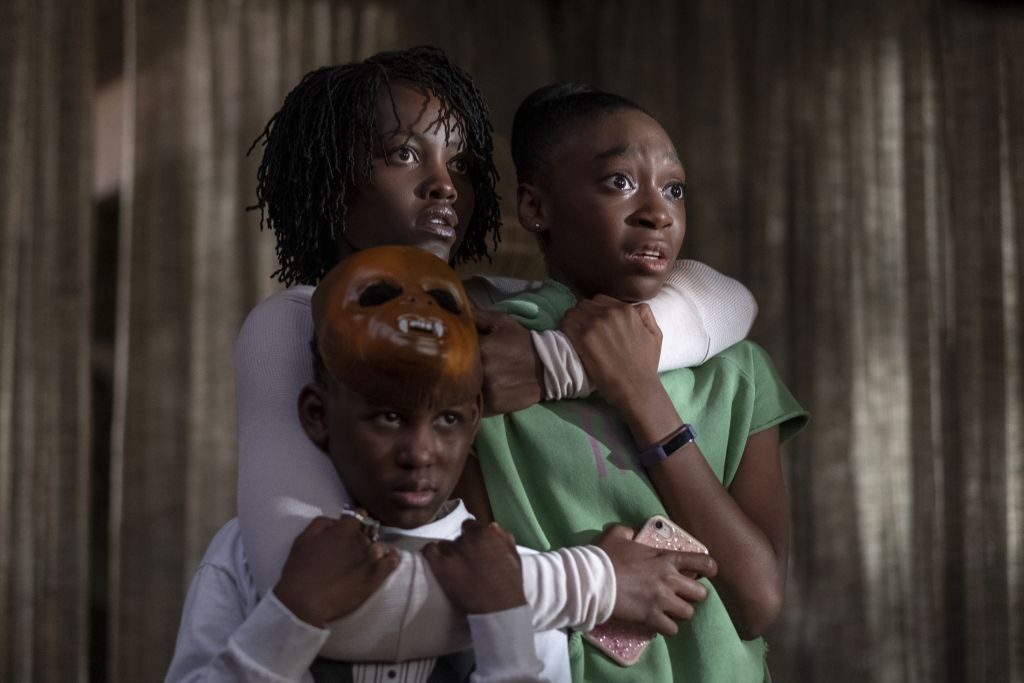 Film: The Eagle Has Landed

New Review in the April 2019 Lightspeed