Film: The Ballad of Buster Scruggs 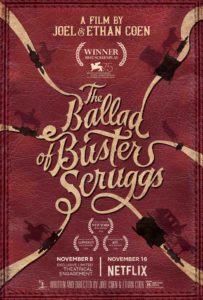 The western is a distinctly American film genre. This observation definitely isn’t lost on Joel and Ethan Coen in their beautiful, if uneven, Netflix anthology film The Ballad of Buster Scruggs (2018). Like most Coen films, this one is lovingly crafted, perverse, and enthralling, and while ultimately its journey is rocky, it’s well worth watching.

Oddly, this one reminded me of a decidedly different show: Deadwood, to which it might be seen as a demented thematic cousin. The Ballad of Buster Scruggs similarly uses the trappings of the western as a vehicle for examining our problematic American mythos. This is immediately evident in the confident, zany, eponymous opening chapter, which features Tim Blake Nelson as a cheerfully sociopathic cowboy who remorselessly murders his way through classic western scenarios while crooning with hilarious glee. Is there anything more American than glorifying ruthless competition and homicidal masculinity? The follow-up, “Near Algodones,” is a madcap black comedy about a bandit (James Franco) who messes with the wrong banker (Stephen Root). It’s a fateful decision which eventually leads to his ruin — not that he’s bright enough to notice. It’s an amusing, if slight, chapter of crime-doesn’t-pay commentary. The anthology gets back on track thematically with the heavy-handed but haunting “Meal Ticket,” which features Harry Melling as an armless, legless storyteller transported from town to town by a seemingly kindly impresario (Liam Neeson) — that is, until the storyteller’s performances become less and less lucrative. It’s about as subtle as a punch in the face, but its savage critique of capitalist exploitation is bludgeoningly delivered.

My favorite segment is “All Gold Canyon,” an enchanting piece about a hard-working prospector (Tom Waits) who undertakes a painstaking, solitary gold-panning operation along a gorgeous creek. Waits’ entertaining old-man grumblings and his character’s endearing work ethic make this the film’s least cynical chapter, even as it continues the sly criticism of classic American failings: our propensity to attempt to capitalize on the hard work of others, the temptation to take more than we need, the way we’re tragically short-sighted about the environment. It’s a magical and memorable story with particularly stunning cinematography. “The Gal Who Got Rattled,” on the other hand, makes its points at the expense of its own likability. It’s a charming tale of blooming romance on the Oregon Trail as a desperate, directionless young woman named Alice (Zoe Kazan) finds a potential savior in gentle, generous wagon train leader Billy Knapp (Bill Heck) — until tragedy strikes. It scores points in its condemnation of the way American culture lionizes the hard-nosed tough guy at the expense of the thoughtful and kind-hearted man, but its bleak turn is an egregious kick in the teeth, and it handles one of the anthology’s few female characters in an characteristically unfortunate fashion. This may also be part of its point, but also exacerbates other problematic Hollywood trends. The film ends with “The Mortal Remains,” a dialogue-driven coda about a quintet of stagecoach passengers (Tyne Daly, Brendan Gleesan, Jonjo O’Neill, Chelcie Ross, and Saul Rubinek) engaged in amusing, quarrelsome conversation as they journey together to a peculiar destination. With a mix of Pythonesque humor and philosophical musing, “The Mortal Remains” is a little impenetrable at first but rewards a rewatch; its clever amblings come into focus, as it imbues its stark discussion of rugged American individualism with a darkly fantastical spin.

The Ballad of Buster Scruggs is a mixed bag of curiosities, and it doesn’t always land its punches. Its problematic treatment of female characters and Native Americans, while useful to its veneer of national critique, also exacerbate unfortunate film-making trends. But overall, it’s a nuanced and interesting project with thought-provoking layers and a unique point of view — in other words, a pure Coen Brothers film. 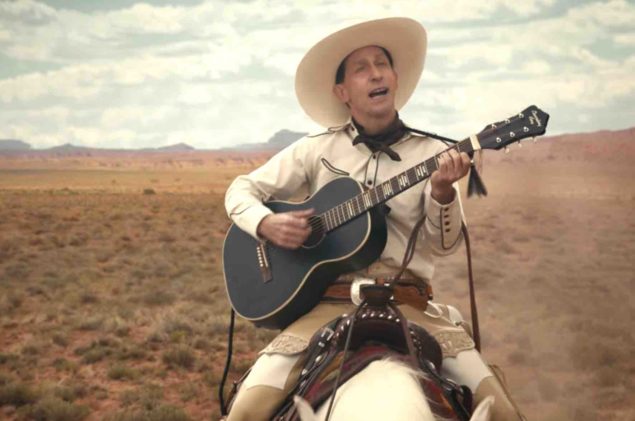 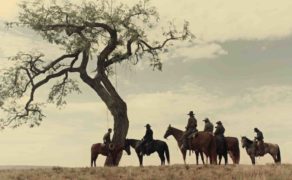 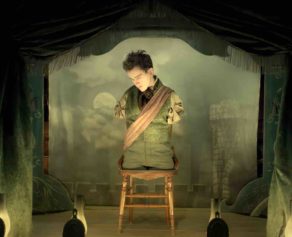 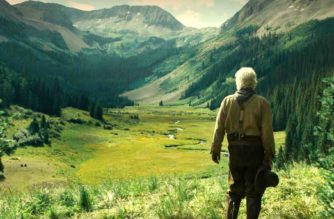 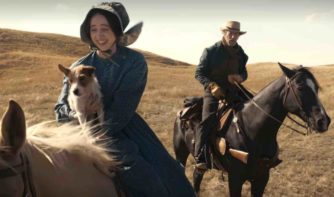 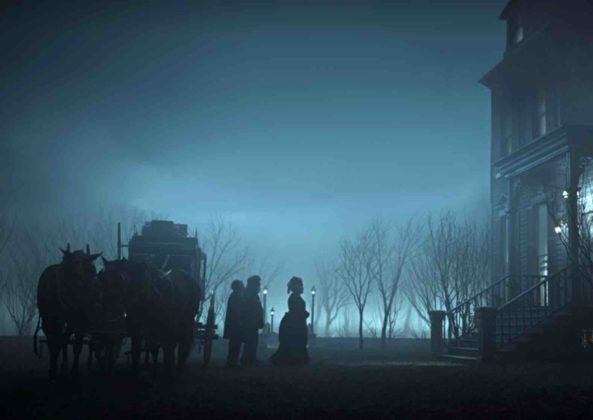