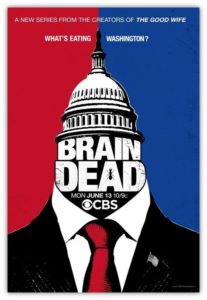 Although it came and went with little fanfare, BrainDead deserved better, a one-season wonder likely to develop a  post-mortem cult following. Produced in 2016, BrainDead mixes political satire, campy sci-fi, conspiracy thriller paranoia, and — late in its run, perhaps aware of its imminent cancellation — anything-goes metahumor. The result is a peculiar but infectious watch from Michelle and Robert King, the creative team behind The Good Wife and The Good Fight, here making an uncharacteristic detour into science fiction.

The antics begin when a meteorite is brought to the Smithsonian from Russia for scientific study. Unfortunately for Washington, D.C., the rock is infested with insects from outer space, capable of burrowing into and taking over human brains. Their goal: to pit Americans against each other so thoroughly that nobody notices the aliens’ master plan. Enter Laurel Healy (Mary Elizabeth Winstead), an aspiring documentarian lured back to D.C. by her politically connected father Dean (Zach Grenier). Dean convinces Laurel to take a job as a constituent case worker for her brother Luke (Danny Pino), a Democratic Senator with an unfortunate proclivity for adultery. In exchange for keeping an eye on Luke, Laurel will receive funding for her next film. But her surface job is quickly overtaken by an unexpected, clandestine investigation into the space bug phenomenon, which she undertakes with the aid of the pragmatic Dr. Rochelle Gaudier (Nikki M. James) and a quirky conspiracy theorist named Gustav Triplett (Johnny Ray Gill). The three of them learn that the recent upsurge in political madness in Washington isn’t just an escalation of governmental business as usual, but a world-threatening alien invasion.

When an excellent show doesn’t succeed in the era of Peak TV, it’s impossible not to consider what factors contributed to its demise. In the case of BrainDead, those factors are surprisingly easy to pinpoint. The first might have been marketing: the title BrainDead doesn’t really get to the heart of the show, which is also full of disgusting insectoid imagery and cranial-explosion gore that even predisposed viewers might find repulsive. The second, more important reason might simply have been that 2016 may have been a case of too soon for partisan political comedy. Indeed, three years removed from the electoral apocalypse of November 2016, certain elements of BrainDead seem positively quaint and naive compared to what has happened since. Take, for example, Laurel’s aisle-crossing romance with “good Republican” Gareth Ritter (Aaron Tveit), a storybook relationship that today seems almost as fantastical as something out of The West Wing. Or point to the deft performance of Tony Shalhoub as Gareth’s sleazy, bug-infested boss, Republican Senator Raymond “Red” Wheatus, a personage that has “love-to-hate” written all over it — in saner political times, perhaps. In the Trump Era, he strikes a little too close to the bone.

But BrainDead’s failure to connect with audiences is actually a sign of its effectiveness. The show is simply too good at its mission: delivering a cynical, gruesome metaphor for dystopian American politics, in the form of a gruesome alien mind-control infection. Alas, the metaphor incorporates an amusingly conceived but distorting “both sidesism” approach, a drawback that feels deeply dated given the last thirty-six months of news cycles. But like the Kings’ The Good Fight — for which this may be considered an experimental precursor — BrainDead hits the incisive, ruthless bullseye in its mission to contend with our diseased contemporary zeitgeist. And it does so in a blaze of genre-bending inventiveness, a fast-paced, plot-heavy show that feels like a drunken elevator pitch: it’s Burn After Reading meets Invasion of the Body Snatchers meets Monty Python’s Flying Circus meets, well, The West Wing…or something. It’s an off-putting but fascinating concoction that grows increasingly fearless in the embrace of its own weirdness, especially down the home stretch, when Jonathan Coulter’s folksy “previously on” recaps grow increasingly silly and meta. Fortunately, the writing on the wall afforded the show a chance to wrap up its story, and while the ending isn’t exactly precise or brilliant, it’s a solid enough landing to justify a mini-binge. Ultimately, I’m still not certain if BrainDead was ahead of its time, or behind it, a peculiar transitional relic liable to win a delayed audience — perhaps from future historians attempting to diagnose the specific cultural neurosis of 2016. 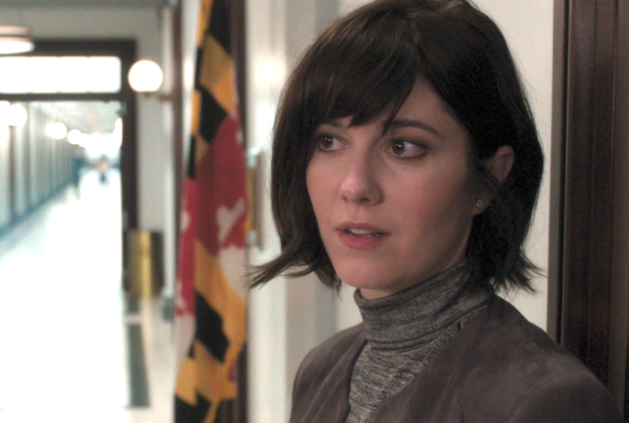 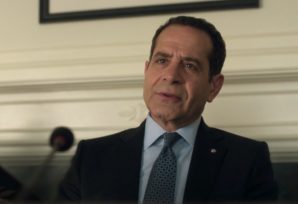 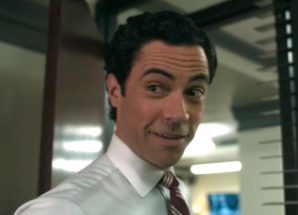 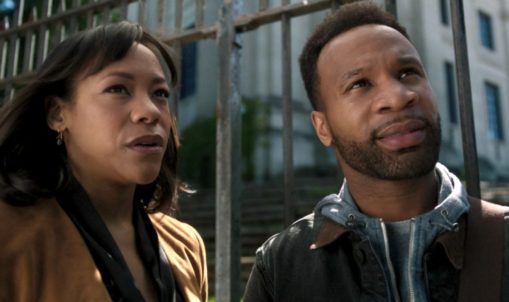 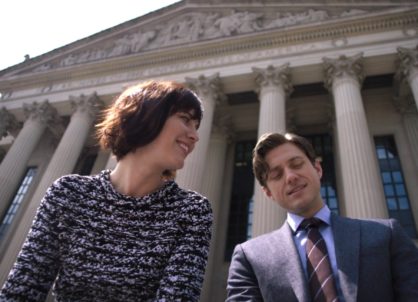 New Review in the December 2019 Lightspeed