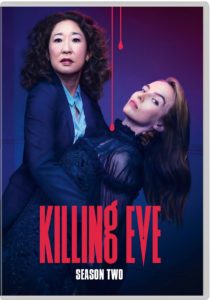 The first season of Killing Eve put a stylish new spin on spy TV, blending the genre’s tried-and-true elements with dark humor, a jazzy tone, and two unforgettable characters pitted against one another in fascinating rivalry. Unsurprisingly, season two is something of a sophomore setback, with a more-of-the-same vibe that also suffers from contrivance and implausibility. Still, it’s a fun, involving ride.

As the season opens, obsessive MI-5 intelligence analyst Eve Polastri (Sandra Oh) has survived a brush with murder in her standoff with Villanelle (Jodie Comer), a charming psychopath who works as an assassin for a mysterious international organization. Eve gets roped back into the employ of the scheming Carolyn Martens (Fiona Shaw), who is hot on the trail of another female assassin — Eve’s area of expertise. Joining Carolyn’s new task force, Eve embraces the investigation with her usual mono-focused workaholism, much to the detriment of her marriage to school teacher Niko (Owen McDonnell). Unfortunately for Eve, though, Villanelle is still in the wind, and when she gets word of Eve’s new mission, her jealousy compels her to insert herself back into Eve’s life — and ultimately into an unlikely collaboration.

Killing Eve’s second season is perfectly watchable, a high-energy thriller anchored by Oh’s quirky heroism and Comer’s cheeky dazzle. After stumbling through sequelitis logistics to set the ball rolling, the writers ultimately deliver an entertaining tale with a satisfying structure. But that initial audacious spark is missing, for me. It may be partly that I’m suffering from sociopathy fatigue; as it turns out, what’s fun in fiction is rather soul-crushing in reality, when an entire political party is doing it. But there’s also something transparent about the writer’s intentions, as they bend over backwards to maneuver Eve and Villanelle into each other’s rather unlikely orbit. It requires numerous intelligent characters — especially Eve — to make improbable choices, shotgunning opposing forces into far-fetched coordination. Not that the first season was the height of realism or anything, but I found it more difficult to suspend my disbelief  here as the story continued. It still has plenty of assets, so I’ll probably stick around, but I’m slightly less hooked at this stage of the game. 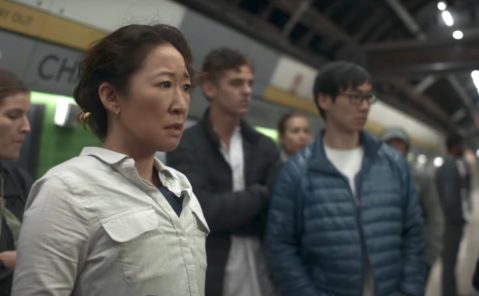 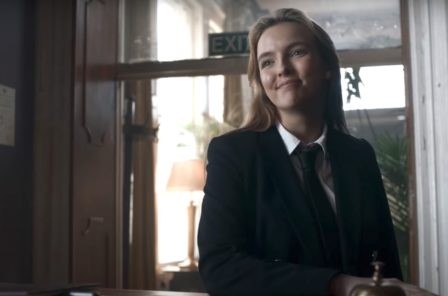