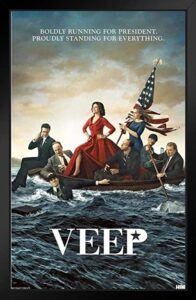 Oh, Veep. What hath thou wrought? (Or something.) Back in the LA days, when we had HBO, I started this series and kept up with it for a couple years before we finally cut the cord on our cable. A gazillion lifetimes later, Jenn and I jumped back in to marathon this series over the course of the past few weeks after HBO celebrated the pandemic by making content streamable for free. What an interesting sociological experiment, mainlining this series in a worst-timeline future that it may very well have helped to create.

Veep is a dark, bleak, ruthless black-comedy satire about the worst of the worst in American politics. Or I should say, what used to be the worst. Now it’s a strange relic of simpler times, making those days look practically cozy. At least in Veep, everyone’s being honest — brutally, cruelly, problematically honest, but honest. It starts in the office of a fictional Vice President, Selina Meyer (Julia Louis-Dreyfus). Selina is vapid, incompetent, self-centered, narcissistic, and possessed of a bottomless, insatiable greed for power and adulation. Somehow, Selina has fallen upwards to the second-most powerful position in American politics, which she can’t help but see as a toothless figurehead post. Selina has surrounded herself with an army of equally terrible people: workaholic chief of staff Amy Brookheimer (Anna Chlumsky), malicious political climber Dan Egan (Reid Scott), sycophantic aide Gary Walsh (Tony Hale), bumbling communications chief Mike McClintock (Matt Walsh), and humorless executive assistant Sue Wilson (Sufe Bradshaw), among others. Even in her diminished role as VP, Selina is determined to shine a light on herself. Unfortunately, she can never get an audience with the president. Indeed, her only contact with the Oval Office comes through walking insult generator Jonah Ryan (Timothy Simons), who is such a monumentally awful person that he practically makes Selina’s staff look sympathetic.

Through its first two or three seasons, Veep — energized by the eloquent invective characteristic of creator Armando Iannucci’s work — weirdly seems, in its gleefully malignant way, like an innocent enough beast. It’s a political satire exaggerating (or so it thought) the worst of the incompetent American political establishment. It’s a cringe comedy, reveling in the awkward, madcap situations into which it thrusts its horrible characters. And it’s basically a insult comic’s wet dream, depicting a world in which all of the characters are Cordelia Chasesque truth-teller. No line of tortured, abusive dialogue is too offensive to pass up. In more restrained times, I suspect that made it refreshing, and its cast is possessed of such brilliant comedic timing that it unfolds with breakneck pace, even as the behavior turns your stomach. Especially noteworthy is Louis-Dreyfus, of course, who delivers a tour de force comic performance. And Tony Hale reveals, if Arrested Development hadn’t already convinced you, that he is a brilliant comedic actor. The cast strengthens further with the addition of Kevin Dunn, whose viciousness as White House Chief of Staff Ben Cafferty is undercut by world-weary deprecation, and Gary Cole, who spins his charming deadpan into a particularly delightful strategy wonk by the name of Kent Davison.

After a few seasons, though, Veep — which I wouldn’t recommend taking it such large doses, especially in this day and age — starts to get long in the tooth, as its relentless assault of interpersonal abuse continues to pile up. Around season four, the show starts to feel overstretched. Even so, it manages to build to a satisfying season five finale that probably should have ended the series. Unfortunately, it continues for two more iffy years before delivering several impressive moments in its wrap-up hour, where Selina ultimately gets everything she wants — but, more importantly, everything she deserves.

Watching Veep today is a…decidedly mixed experience, and not just because its well-realized initial concept was extended long beyond its sell-by date, coasting on the stellar cast’s brilliance to guide you through its sleazy, dispiriting subject matter. For it now also has the hard reality of post-truthism coloring it in retrospect. And frankly, skillfully scripted malignant narcissism is still malignant narcissism, and we’re getting plenty of that in real time from the actual president, these days — none of it skillfully scripted, and much of it deadly. It’s difficult not to draw that icky parallel while watching Veep today, which has a sobering effect.

There was a time when I found myself wondering if Dennis Haysbert’s performance as David Palmer on 24 helped pave the way for an Obama presidency. Did Selina Meyer contribute line us up for Trump? Were there Veep fans out there, watching and supporting the show unironically? Should I still be watching and enjoying and talking about it?

Well…sure, I guess. When it isn’t excruciating, Veep is pretty funny. The cast is generally brilliant — and that’s without even having yet mentioned Sam Richardson, whose amiable, quasi-competent savant Richard Splett is a work of sustained comic genius. Veep is not good for you. It may even be bad for you. But it’s a treasure trove of memorable performances, and it’s an interesting watch in retrospect, now that we can see that it was tragically ahead of its time. 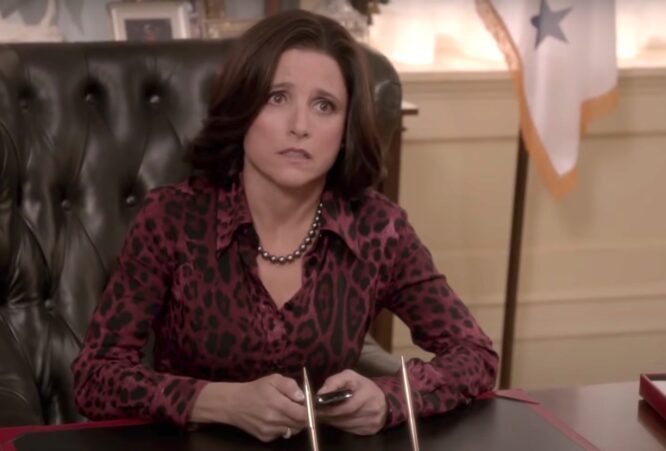 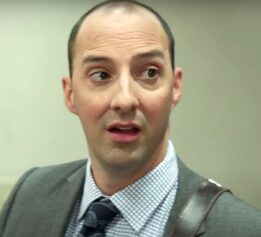 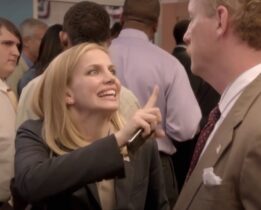 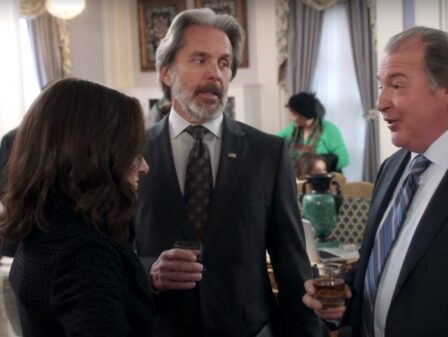 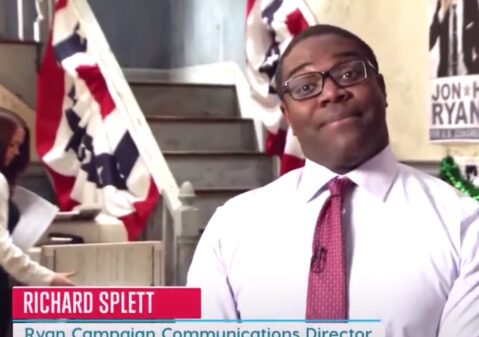