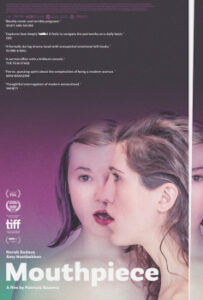 The Canadian indie film Mouthpiece (2018) is an engrossing feminist experiment that succeeds largely on the strength of its slick central idea. It tells the story of Cassandra, a young woman rocked by the unexpected death of her mother Elaine (Maev Beaty). In the aftermath, Cassandra negotiates the streets of Toronto in a shellshocked daze, whipped about by the expectations of her family as she runs errands, helps arrange the funeral, and prepares her mother’s eulogy. In the process, she comes to grips with her mother’s complicated legacy, and how it has shaped her life.

Outwardly, Mouthpiece is the understated, touching story of a woman’s inner conflict as she recalls — in frequent flashback — a fraught relationship with her mother. What sets it apart is the way that inner conflict is dramatized: Cassandra is portrayed by two different performers, Amy Nostbakken and Norah Sadava. Occasionally they alternate scenes, but usually they’re onscreen simultaneously. The careful choreography between the two — who co-wrote the script in collaboration with director Patricia Rozema — establishes that they are one person, but occasionally one or the other will step forward to interact while the other becomes a witness, symbolizing unspoken opinions or feelings. It’s a deftly executed idea that enables us to see into the character’s head, as well as the multifacted dilemmas of being a woman in the world. The result is an effective, poignant film that punctuates its subdued atmosphere with occasionally flights of amusing fancy. A few moments here and there feel a bit heavy-handed. But overall the film possesses a cagey, thoughtful subtlety that effectively sells the feminist message, with Nostbakken and Sadava teaming up for a unique and powerful joint performance. 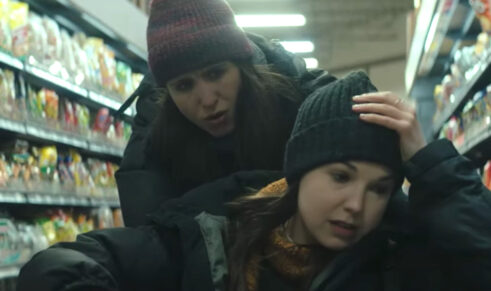 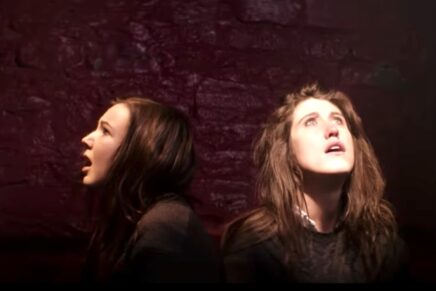