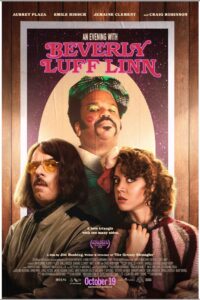 I know why I started watching An Evening with Beverly Luff Linn (2019): Aubrey Plaza, a performer with such a delightfully weird taste in roles that I figured the film would, at the very least, be quirky and interesting. What I haven’t quite figured out is why I finished the film, because unfortunately it’s just not very good. Perhaps I just wanted something to review. Well, to be fair, it is quirky and moderately interesting.

Plaza portrays Lulu Danger, the wife of a snarling coffee shop manager named Shane (Emile Hirsch). A convoluted series of events leads to the implosion of Lulu’s marriage. Most prominently, the “magical,” mysterious performer Beverly Luff Linn (Craig Robinson) is in town for a one-night performance. Lulu clearly has a history with Beverly, and her newfound freedom from Shane sets her on the path of reconnecting with him. Her mission, though, is complicated by the fact that she spontaneously enlists a sidekick-of-convenience, Colin Keith Threadener (Jemaine Clement), to aid in her quest — and he rapidly starts to fall for her.

An Evening with Beverly Luff Linn possesses an offbeat style, its comedic atmosphere relying largely on affected, stilted dialogue delivered by the entire cast with the halting awkwardness of David Lynch’s Gordon Cole in Twin Peaks. That is to say, the acting is deliberately, over-the-top bad. The style has its moments, particularly when essayed by the likes of the talented Plaza and Clement, as well as Matt Berry, who provides deadpan support as the ridiculous Rodney Von Donkensteiger. The Twin Peaks reference isn’t randomly chosen, by the way; the film definitely possesses a lowbrow Lynchian influence. Alas, its vaguely amusing attitude can’t make up for the random, uneven script, which frequently devolves into pointless exchanges of verbal abuse and repetitive fat jokes. I soldiered through, waiting for its oddball pieces to pay off somehow, but ultimately they never did. By and large, this is a grab bag of calculated weirdness masquerading as humor. 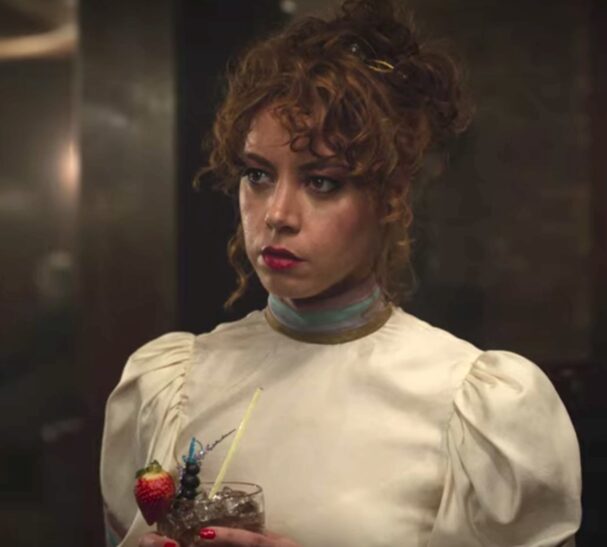 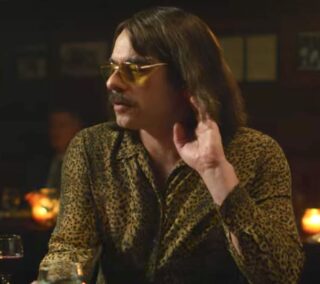 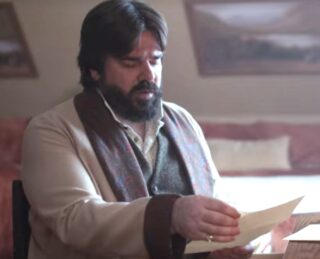 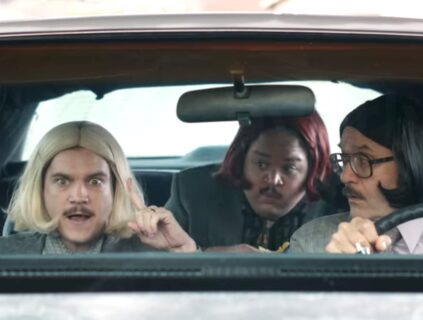 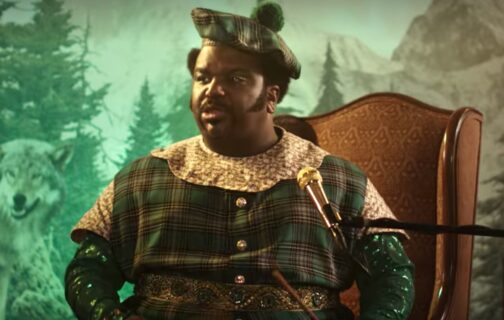