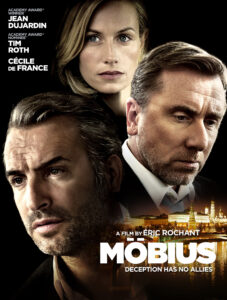 Writer-director Éric Rochant’s Möbius (2013) might be viewed by fans of The Bureau as Rochant’s spy genre trial balloon. While not nearly as successful, it definitely establishes his chops, a complex and well executed tale of international intrigue centered on an ill-fated romantic entanglement.

It begins in Monaco, where Russian FSB officer Gregory Lubov (Jean Dujardin) is conducting a sketchy operation to undermine expatriate Russian oligarch Ivan Rostovsky (Tim Roth), a rival of Lubov’s scheming superior. In order to gather dirt on Rostovsky, Lubov targets a brilliant American financial expert who works at Rostovsky’s bank, Alice Radmond (Cécile de France). But Alice, exiled from working in the United States due to her role in the 2008 recession, is already a spy: for the Americans, who have recruited her to investigate Rostovsky’s money-laundering operation. At her handler’s urging, Alice allows herself to be recruited by Lubov’s underling Sandra (Émilie Dequenne), and suddenly finds herself working the same target for both the Americans and the Russians. But her plight is further complicated when Lubov makes a critical operational mistake, entangles himself with Alice romantically, and sets himself on a path for career destruction.

Möbius is an impressive narrative construct that, like The Bureau, drops the viewer into the deep end of a rich, complicated alphabet soup of competing intelligence agencies. Alas, its weakest aspect may be the rushed romance between Dujardin and de France — unfortunately, their relationship doesn’t have enough time to develop beyond an initial, mostly physical chemistry, and since the emotional payoff relies on their connection, the impact isn’t quite there. That said, Dujardin and de France are quite good, and there’s an impressive structural elegance to the convoluted, unwitting chess game they’re forced to play. Roth, Dequenne, Alexey Gorbounov, Wendell Pierce, John Scurti, and others are well cast and effective in supporting roles. It’s not entirely successful, then, but fans of spy films will find plenty to sink their teeth into. And fans of The Bureau in particular may enjoy viewing this a testing ground for the concepts, characters, and techniques that would make Rochant’s later series so enthralling. 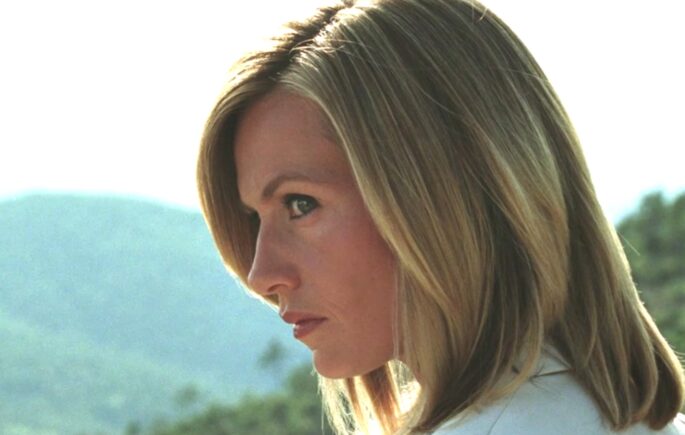 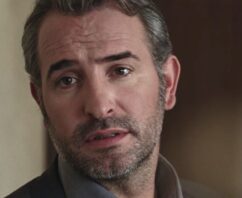 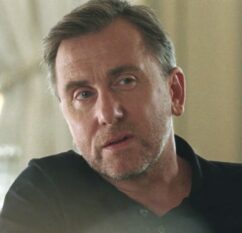 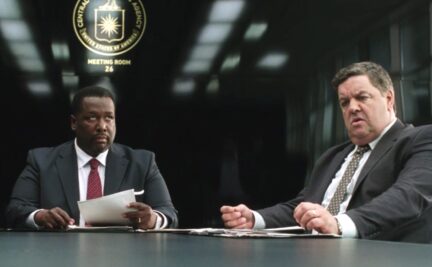 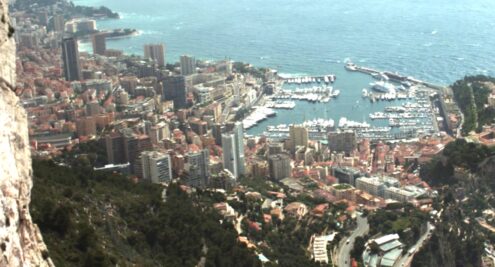