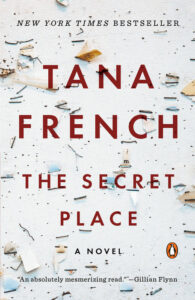 Tana French has become one of my go-to authors when I’m in the mood to be transported. She has a real talent for rich, descriptive settings, and then submerges you thoroughly into the psychology of the people who inhabit them. The Secret Place (2014) is the fifth Dublin Murder Squad novel, but like the previous four it stands gloriously alone, vying for the contention as favorite of the bunch. As satisfying track records go, you can’t do much better.

French varies the structure in this one, alternating chapters between a murder investigation and flashbacks to the events leading up to the crime. The present track is a first-person point of view: Detective Stephen Moran, a supporting character from 2012’s Broken Harbors. Moran, now working in the Cold Cases department, receives a surprise visit from one of the witnesses in that case: Holly Mackey, the daughter of Detective Frank Mackey, a legendary figure from the Undercover department who featured in earlier books. Holly is now boarding at an all-girl’s school where, a year ago, a boy from the neighboring school was found brained to death on the school grounds. Holly delivers a piece of evidence from her school’s anonymous bulletin board that suggests someone may possess information that might solve this crime, which Homicide was unable to close. Moran takes the information to Antoinette Conway, the detective who first worked the case. Moran sees it as an opportunity to work his way out of Cold Cases and onto the Murder Squad, but Conway proves to be a challenging colleague to impress. Nonetheless, they team up and go to the school to investigate the new evidence.

The day-long investigation alternates with flashbacks from the points of view of Holly and her three best friends — Julia, Selena, and Becca — fleshing out in well clocked, illuminating scenes the events leading up to the boy’s death. At the core of the the backstory is their intense friendship, which centers around mutual rule-breaking: in particular, their late-night adventures breaking out of the dorm to visit a glade on the grounds that, in their view, is practically enchanted. As these episodes unfold, the girls’ relationships to the murdered boy, but more importantly to each other, get more and more fleshed out, filling in the gaps of the renewed investigation.

The Secret Place is another richly characterized mystery that manages, impressively, makes its alternating tracks equally engrossing. In the present, what starts for Moran as an opportunistic attempt to impress Conway and enhance his career gradually develops into a complicated, mutual respect as two loners work to complement each other and build a partnership. In the past, meanwhile, the four girls — and their rivals, who also become suspects — are painted into a convincing portrait of the desperate, end-of-the-world importance of teenaged coming of age. The connective tissue in both threads is friendship, and the lengths one will go to embrace the challenges and emotional pitfalls a deep, lasting friendship might require. The cumulative effect of these interwoven threads, in addition to being well engineered thematically, is another wholly engrossing whodunit from one of the best in the business. 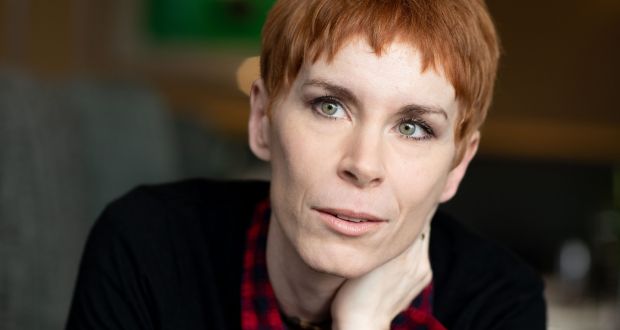 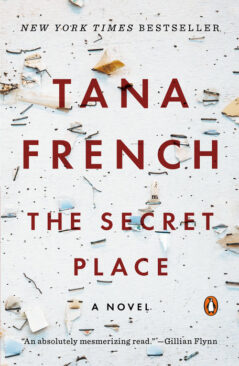